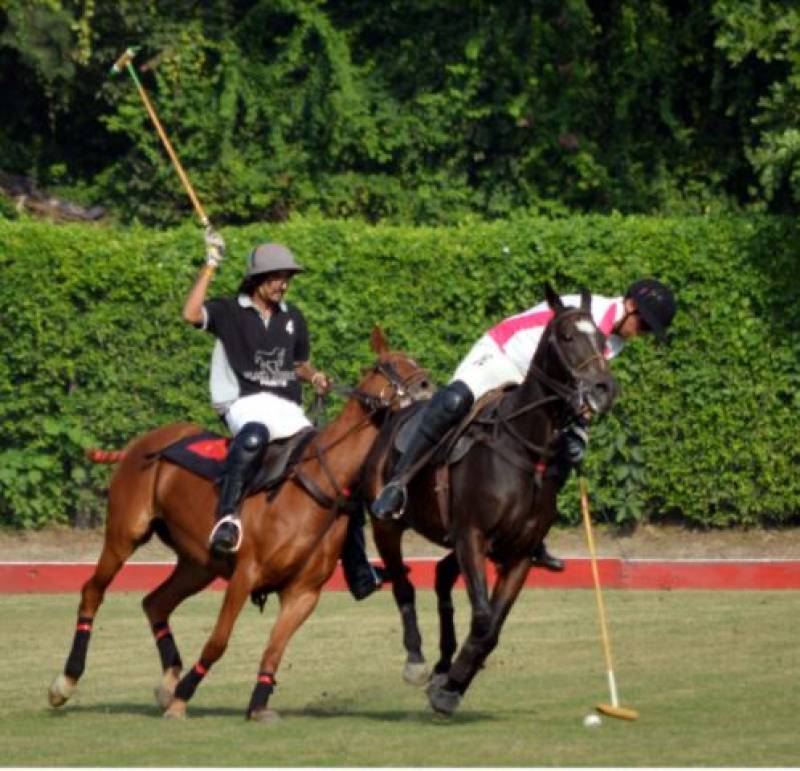 LAHORE – Two more matches were decided on the second day of Lulusar Polo in Pink 2021 here at the historical Lahore Polo Club ground on Wednesday.

In the first two-chukker match of the day, which was played under American system among three teams, Black Horse Paints emerged as winners as they won both of their matches and qualified for the next round. First Black Horse Paints beat Total Nutrition by 2.5-2 and then they defeated Zacky Farms by 4-3. In the third two-chukker match, Total Nutrition outpaced Zacky Farms by 4-2.5.

The second match of the day was four-chukker match, where Team Country defeated Team Nurpur by 7-6. From Team Country, Abdul Rehman Monnoo and Umar Kaleem Baig slammed in two goals each while Ahmed Ali Tiwana struck one. From Team Nurpur, the major contribution came from Grace Cariss with fabulous four goals while Azam Hayat Noon and Ahsan Javed Sher converted one goal apiece.

Earlier on the opening day, three matches were played on the opening day. In the first match of the day, Guard Group/Black routed Nagina Group by 8-5. Saqib Khan Khakwani was top scorer from the winning side with a contribution of fantastic five goals while Taimur Ali Malik hammered a hat-trick. From the losing side, Muhammad Ali Malik thrashed in three goals and Omar Ellahi Shaikh banged in a brace.

The second match of the day proved to be a thrilling encounter, where Habib Metro Lions defeated Remington Pharma by 5-4. For Habib Metro Lions, Mumtaz Abbas Niazi played hero's role and contributed three goals while Raffay Sheikh and Abbas Mukhtar converted one goal apiece. From the losing side, Bilal Noon banged in a brace and Taimur Noon and Agha Musa struck one goal each.

The third encounter of the day also proved to be a nail-biting one, where after a tough fight, Airlink Eagles succeeded in winning the match against ZS Polo by 7.5-7. Shah Shamyl Alam and Ahmed Bilal Riaz emerged as top scorers from the winning side, which had one and a half goal handicap advantage while from the losing side, Raja Arslan Najeeb fired in fabulous five goals and Lt Col Omer Minhas scored two goals.