Why would Imran Khan divorce Reham Khan? This video will blow your mind 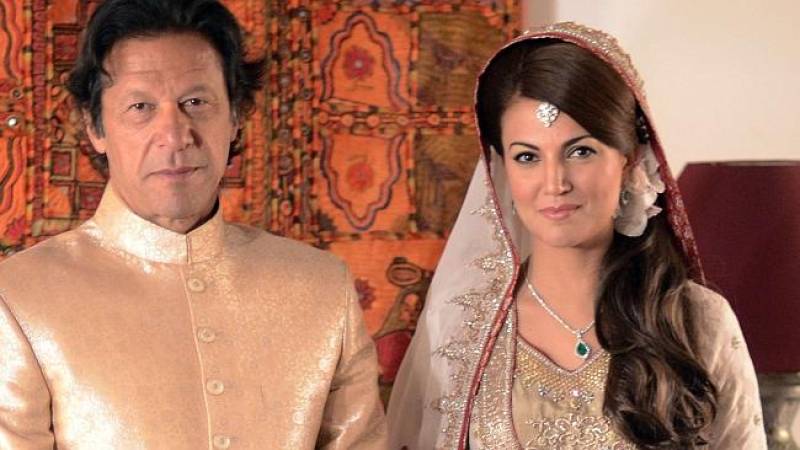 ISLAMABAD (Staff Report) - While there are rumors in the air that Pakistan's cricketer turned politician Imran Khan is considering to divorce his second wife Reham Khan, a latest video being circulated online shows Imran Khan explaining that why would he divorce Reham Khan?

In the video, which is a clip of a Eid special program of private TV, wife Reham Khan is also accompanying Imran Khan.

Imran Khan can be seen saying "I would divorce Reham Khan if she asks me to buy a bag worth rupees 10 Lakhs."

Imran Khan further explained that he doesn't like such women at all who do not care about the situations and keep on demanding expensive clothes and hand bags for them. I really hate such women no matter how much beautiful they are, he declared.

He however added that Reham Khan is politically aware woman and at least doesn't make wishes in front of me.

Earlier a senior Journalist claimed that Imran Khan was soon going to part his ways with Reham Khan. Mr Khan dismissed the report saying that relationship between him and Reham Khan was stronger than ever.