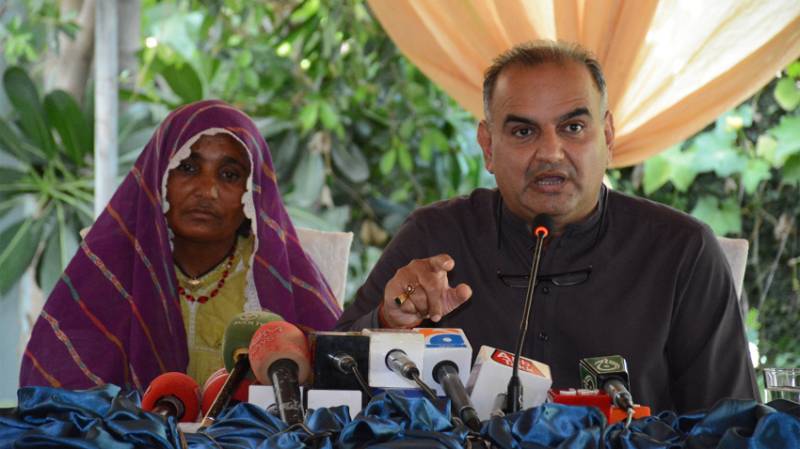 ISLAMABAD – Patron in chief of Pakistan Hindu Council Dr. Ramesh Kumar has asked the government to help put up the murder of eleven Pakistanis Hindus in India city of Jodhpur before the International Court of Justice.

Addressing a news conference in Islamabad on Sunday, he said Pakistani Hindu community demands from the Hindu majority state of India to investigate the Jodhpur incident transparently and share the progress made in this connection with Pakistan.

Pakistan Hindu Council has called off the previous day's sit-in to avoid any disturbance to the general public by blocking roads of the capital.

Kumar said extensive coverage of the sit-in was given by national and international media which helped to highlight the issue worldwide.

He urged the Indian government to come out of the blame game and work for the prosperity and development of the region. Questioning steps taken by Indian government in recent past, he said that introducing citizenship act and revoking articles from the constitution are not for the service of humanity.

He also pledged that he will make out all efforts to provide justice to the family of killed Pakistanis.

Speaking on the occasion, Shrimati Mukhi, a lady from the ill-fated family, said that Indian even did not allow our other relatives to see the dead bodies of our family members.

She demanded from India to provide proofs if they committed suicide. Shrimati Mukhi said that she will not stop protesting until she receives Justice.

Eleven Pakistani Hindus, including children, were found dead in mysterious circumstances in village Lodta, Haridasot, district Jodhpur, in the Indian state of Rajasthan, on August 9, 2019, after having been living there for eight years.