'78% Pakistanis want laws to be strictly followed by Quran' 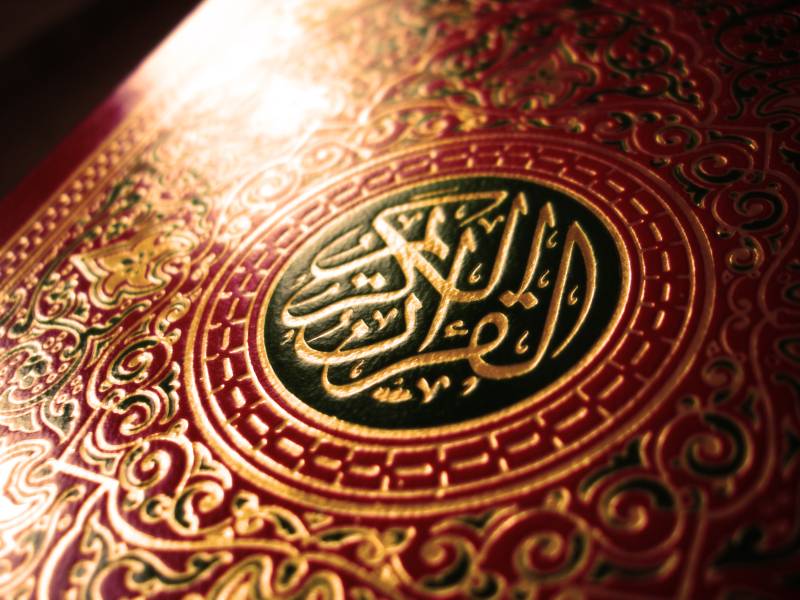 LAHORE (Staff Report) - A latest survey report of Pew Research Center has revealed that 78% Pakistanis want country laws to be strictly followed by the teachings of Quran, while only two percent are of the opinion that teachings of Holy Quran should not influence local laws.

The participants were asked if their country's laws should be followed by teachings of Quran, while they were given three options: strictly follow, follow values and principles but not strictly and not be influenced by Quran.

In results, the trend of wishing laws strictly be followed by Quran was especially prevalent in Pakistan (78%), and the Palestinian territories (65%).

Interestingly, the percentage of citizens wishful of laws be dictated by Quran sharply decreases from Pakistan to Burkina Faso. As shown in the graph.

An overwhelming majority in Burkina Faso says that the country’s laws should not be influenced by the Quran (60%) or should only follow the values and principles of Islam (27%).

The survey took out another amazing finding that in six of the 10 countries surveyed, people with a secondary education or more are more likely to say that national laws should not be influenced by the Quran, compared with those who have less than a secondary education.

In Turkey, which was founded as a secular democracy in 1923, 36% say that laws should not be influenced by the Quran, compared with 27% who said this in 2012.

Opinions on this issue in Turkey are driven, in part, by devoutness to Islam and age.

A comparison of results of same surveys conducted in the same countries in three different years (2011, 2012 and 2015) also exhibit storming trends among the population of these countries. 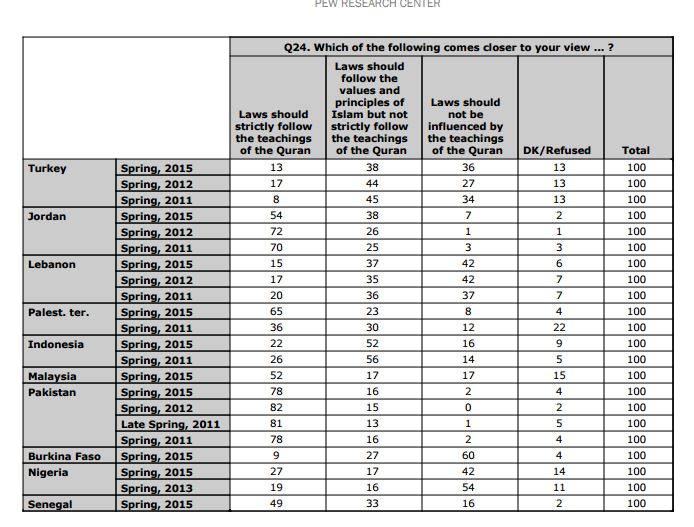