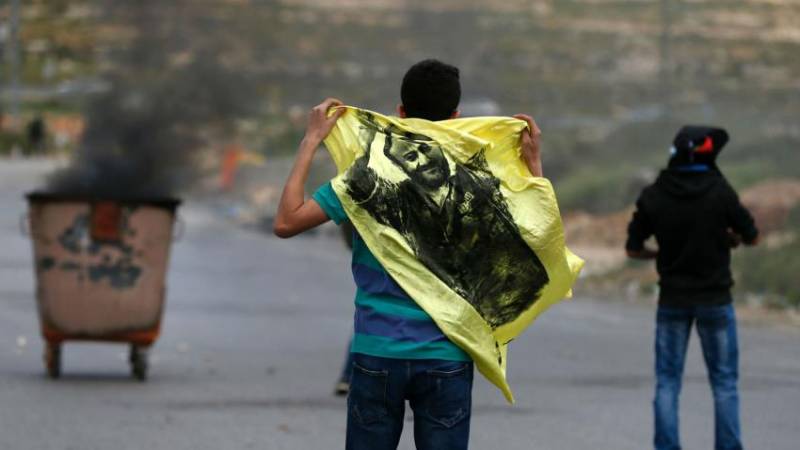 A social media campaign called #saltwaterchallenge or #تحدي_مي_وملح,  launched by Palestinians which highlights the plight of more than 1,500 hunger-striking Palestinian prisoners in Israeli jails has gone viral with people from across the world posting videos of themselves on social media drinking salt water in solidarity.

Similar to the ALS Ice Bucket Challenge that went viral in 2014, people from across the world are posting videos of themselves on social media drinking salt water in solidarity and challenging others to do the same.

The campaign was initiated by Aarab Marwan Barghouti to show solidarity with over 1,600 Palestinian prisoners who embarked on a mass hunger strike last week.

"Why salt water? Because the prisoners have been living only on salt water for seven days so far," Aarab says in the video.

"My father, along with 1,700 other political prisoners started the Hunger Strike for Freedom and Dignity in a demand for human rights and humane living conditions in the prisons," Aarab Marwan Barghouti said in the video.

The clip then ends with Barghouti nominating 'Arab Idol' winner Mohammed Assaf and others to take part in the challenge.

Since the start of Israel's occupation 50 years ago, more than 750,000 Palestinians have been imprisoned by Israeli forces, according to the Palestinian Central Bureau of Statistics. About 6,500 Palestinians are currently in Israeli jails, 300 are children.

Demonstrations have been held in the occupied West Bank and Gaza Strip to support the prisoners, with Israeli forces firing teargas, rubber-coated steel bullets and live ammunition at protesters, Al Jazeera reported.