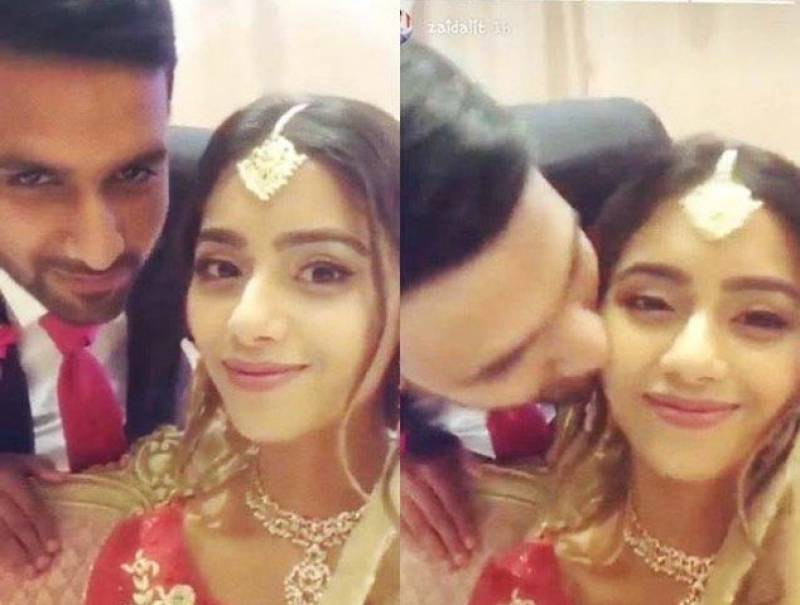 Just a few weeks ago, an excited Zaid Ali T shared a countdown to his big day.

Now the star is officially married and we've finally been given a sneak peek of his wife!

He also uploaded a video of the special day captioned "Our marriage" in which he can be seen planting a kiss on his wife's cheek.

While we are all extremely happy for the two lovebirds, we are more than curious to know how the two met. In October last year, he made it public that there was a long way to go till marriage and that he has a few years left to the least.

And let's not forget, Zaid has played around with our emotions in the past, like when he announced he was engaged, only to reveal later that it was an April Fool's Day prank.

This time, however, it is the REAL deal. We wish the duo a blissful life ahead!