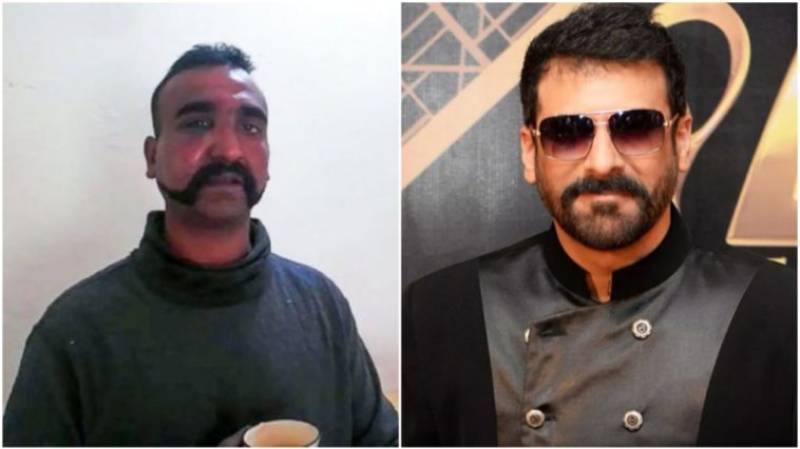 KARACHI - After India announced that a film was under works on the botched Balakot strike and the captured IAF pilot Abhinandan, Pakistan too has announced a film to counter it's neighbour’s attempt.

LAHORE - Abhinandan was sent back to India on Friday after he violated the LOC and got caught by Pak Army. After ...

#NewsUpdate: #KhalilUrRehmanQamar confirms to make a comedy film titled "Abhinandan Come On" and @shamoonAbbasi will be playing the role of Indian pilot Abhinandan in it. Film will go on floors before the release of #KaafKangana.#AbhinandanComeOn pic.twitter.com/4Pkm9a5Xm4

Pakistani TV star actor Shamoon Abbasi has been roped in to play the role of Abhinandan Varthaman, the IAF pilot who was captured and then set free by the PM Imran Khan as a goodwill gesture, when an Indian plane crashed in Pakistan following escalating tensions in the aftermath of Pulwama attack in February.

Shamoon Abbasi is also gearing up for the release of his thriller movie Durj. The movie is scheduled to release on October 10 in foreign countries. It will be hitting cinema screens in Pakistan a week later after it’s an international release.

LAHORE - Indian pilot Abhinandan has admitted that he was locating a target in Pakistan when Pakistan Air Force ...

Written, directed by Khalil ur Rehman Qamar, Abhinandan Come On will go on the floors in September.