More monsoon rains predicted in Karachi, other parts of Sindh 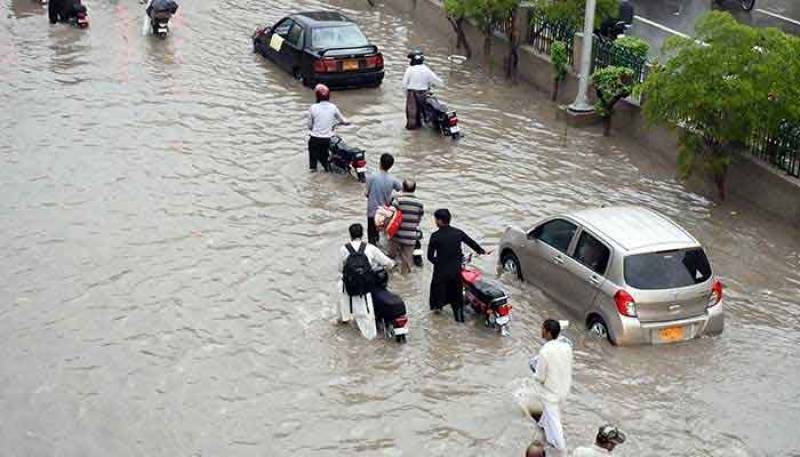 KARACHI - The Meteorological Department in its latest advisory said that existing urban flooding and water logging in Karachi and other parts of Sindh may further aggravate as it has predicted another monsoon rain system starting from Saturday onwards.

It has also predicted more rains in Balochistan.

At least 40 people have lost their lives in the rain related incidents in the city as the metropolis is facing the current devastating and record breaking spell of monsoon rains.

According to media reports, the devastating rains water have flooded most parts of the city.

Parts of the city plunges into darkness due to no electricity while a large number of people were stranded due to roads becoming impassable and all the underpasses flooded with rain water. The rain water has entered into houses in several parts of the city.