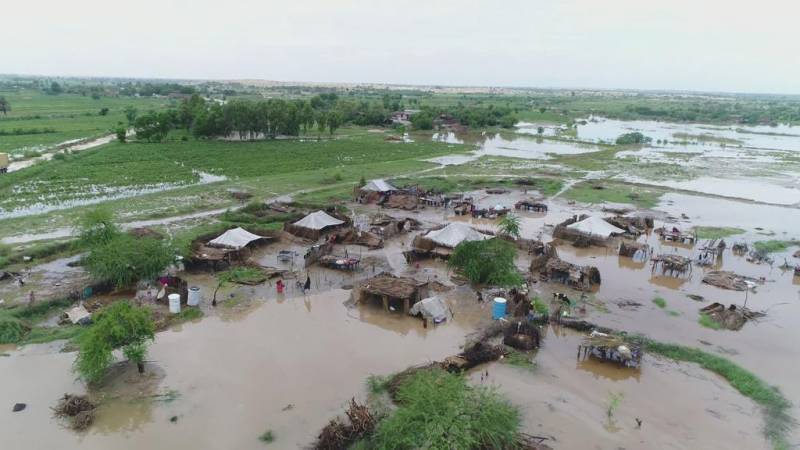 ISLAMABAD – Death toll from the floods across the country have crossed 1,000, the National Disaster Management Authority (NDMA) reported on Saturday night.

According to the NDMA’s data, 1,033 people died while 1,527 sustained injuries since June 14 from the rains and floods.

As per the data, 76 people died in Sindh, 31 in Khyber Pakhunkhwa, six in Gilgit Baltistan, four in Balochistan and one in Azad Jammu and Kashmir.

At least 110 districts of Pakistan have been hit by the floods with 72 of those districts declared calamity hit.

The authority shared that 51,275 have been rescued while 498,442 have been moved to relief camps.