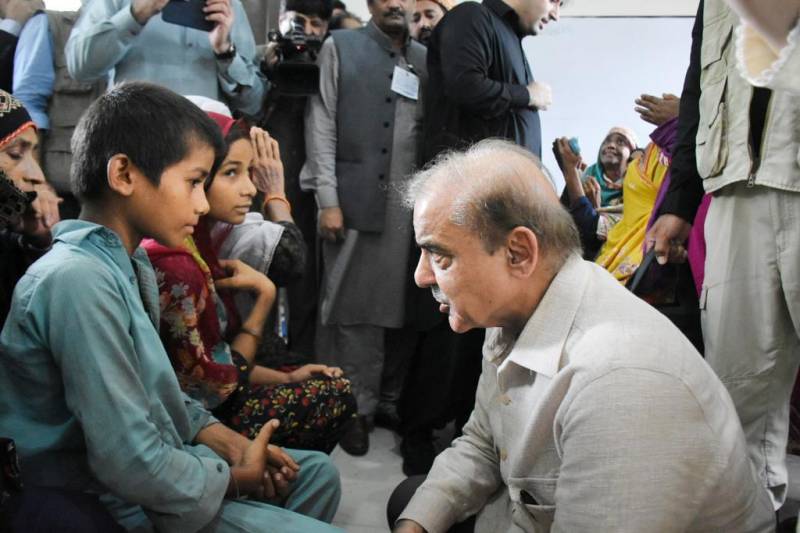 ISLAMABAD – Prime Minister Shehbaz Sharif has announced a grant of Rs10 billion for calamity-hit Balochistan as tens of thousands are currently at the mercy of an exceptional monsoon season, which has wreaked havoc across the country.

The premier visited the flood-hit village of Haji Allah Dino in the Jaffarabad District of Balochistan. Addressing the media, PM expressed gratitude to friendly countries for providing aid to help flood-affected people in Pakistan.

PM said the federal government is utilizing all-out resources for helping the distressed people while he also appreciated the efforts of the provincial government for working tirelessly to rescue people.

He also appreciated the role of the Pakistan Army for their services in rescue and relief operations, saying he approached all services chief to discuss the entire situation of floods and related relief activities.

A meeting of the cabinet will decide quick and long-term plans for the rehabilitation of flood-affected people, he said, pledging the incumbent government will not rest until all the affected people return back to their houses safely.

SUKKUR – The Sukkur police registered an FIR on terrorism charges against over 100 unidentified persons for ...

Parts of the country’s mineral-rich region, Balochistan, remain cut off from the rest of the country, with phone services disrupted and prolonged power outages after deadly rains and ensuing floods badly damaged infrastructure.

The region also remains the most inaccessible region for relief agencies as efforts to get supplies to those displaced by the rains and floods continue.

ISLAMABAD – Death toll from the floods across the country have crossed 1,000, the National Disaster Management ...