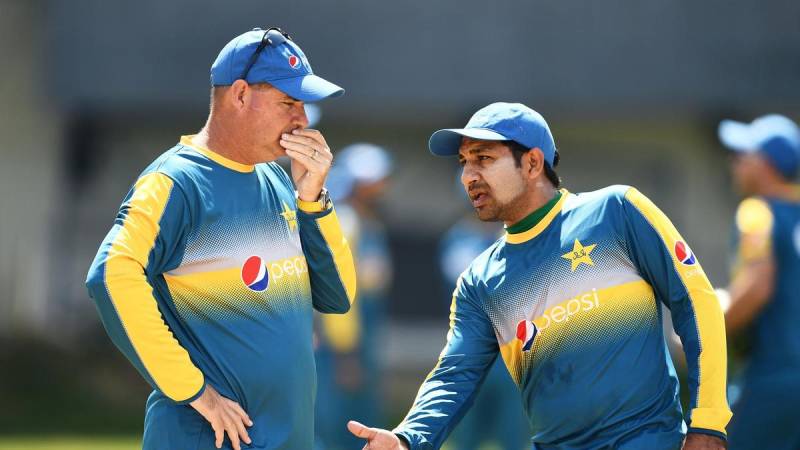 LAHORE – The Pakistan team management led by Manager Talat Ali has strongly refuted the baseless allegations levelled against Head Coach Mickey Arthur on his supposed 'angry behaviour' at the end of Day Two of the ongoing Test match against South Africa in Centurion.

Earlier in the day, a section of the media while quoting unnamed sources had reported that Arthur not only yelled at captain Sarfraz Ahmed and senior players but also threw things against walls to vent his frustration over the dismal performance of the national team.

"As per norm, Mickey held a debriefing meeting at the end of the day's play which was held in a cordial atmosphere with inputs from team members and management as is the usual practice," said a spokesman of the PCB insisted on Friday.

"Any speculation about coach's angry behaviour towards the players is grossly exaggerated," he added.

The spokesman said the head coach, team management, captain and all team members are totally united with the singular aim of producing positive results.

The team manager and rest of the management hopes that media would refrain from speculating on the matter, he added.