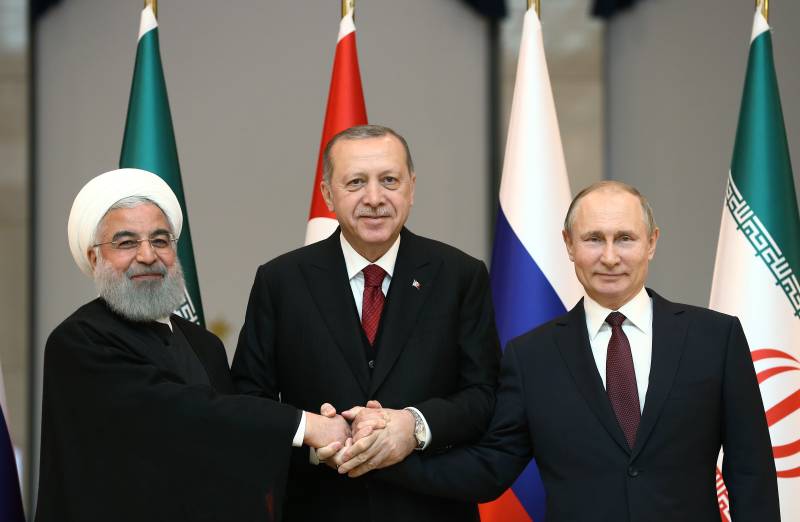 MOSCOW – Russia said Friday it will host a three-way summit with Turkey and Iran on the Syrian conflict early next year, after Foreign Minister Sergei Lavrov voiced scepticism about an announced withdrawal of US forces.

"It's our turn to host the summit... around the first week of the year. This will depend on the schedules of the presidents" of the three countries, deputy foreign minister Mikhail Bogdanov was cited as saying by Interfax news agency.

Lavrov refused to comment Friday on the US announcement, saying he was "waiting for actions to follow words."

US President Donald Trump has said he will withdraw 2,000 US soldiers deployed in Syria, claiming that the Islamic State jihadists there had been defeated.

"The Americans don't always do what they promise, far from it," Lavrov said. "Washington clearly wants to pass on the responsibilities on the ground to its partners in the coalition."

A Turkish delegation that includes Foreign Minister Mevlut Cavusoglu and Defence Minister Hulusi Akar is due in Moscow on Saturday to discuss the US pullout.

Meanwhile, Kremlin spokesman Dmitry Peskov hailed the entry on Friday by Syrian forces into the key northern city of Manbij for the first time in six years after Kurds opened the gates.

"Of course, this will help in stabilising the situation. The enlargement of the zone under the control of government forces... is without doubt a positive trend," he said.

DAMASCUS – The embassy of the United Arab Emirates (UAE) in the Syrian capital Damascus has reopened for the first ...

Kurdish forces who were left exposed by Trump's pledge to withdraw US troops have asked the Syrian regime for help to face a threatened Turkish offensive.

Ankara is opposed to Kurdish control of Syrian territory close to its border, saying it helps Kurdish separatists inside Turkey.

Peskov said the Turkish ministers' visit to Moscow would serve to "clarify" the situation and "synchronise actions" between the two countries.

A three-way summit in January would be the latest step in the Astana peace process -- set up in early 2017 by Russia and Iran, who support President Bashar al-Assad's regime in Syria, and opposition backer Turkey.

The Astana process was launched after Russia's military intervention in Syria tipped the balance in the Damascus regime's favour.

Lavrov said the "ultimate goal" of the Astana process is to "restore peace in Syria, with all ethnic and religious groups at ease and at peace, including the Kurds of course."