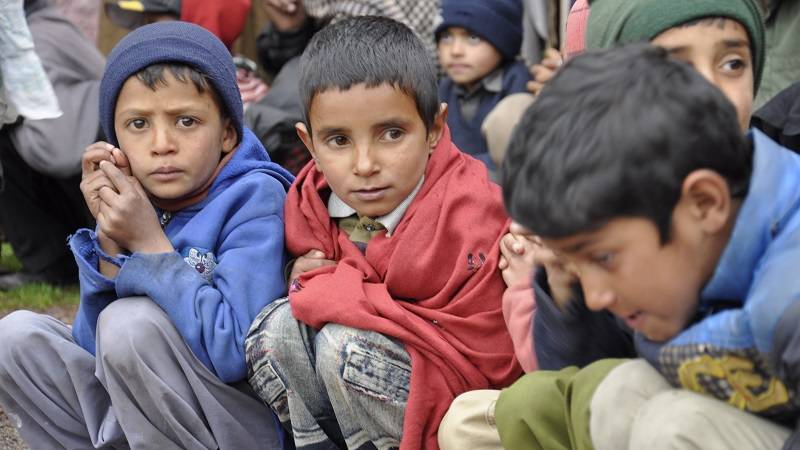 PESHAWAR – The Provincial authorities have declared an extreme cold weather emergency in Khyber Pakhtunkhwa (KP) province as the temperature has hit a freezing level in parts of the province after rain and snowfall.

According to the relief department of the province, an extreme cold weather emergency has been declared in the province, under which free food and shelter would be provided to the people living on the streets.

The deputy commissioners have been directed to provide Rs 500 that includes Rs 100 for breakfast, and Rs 200 each for lunch and dinner. 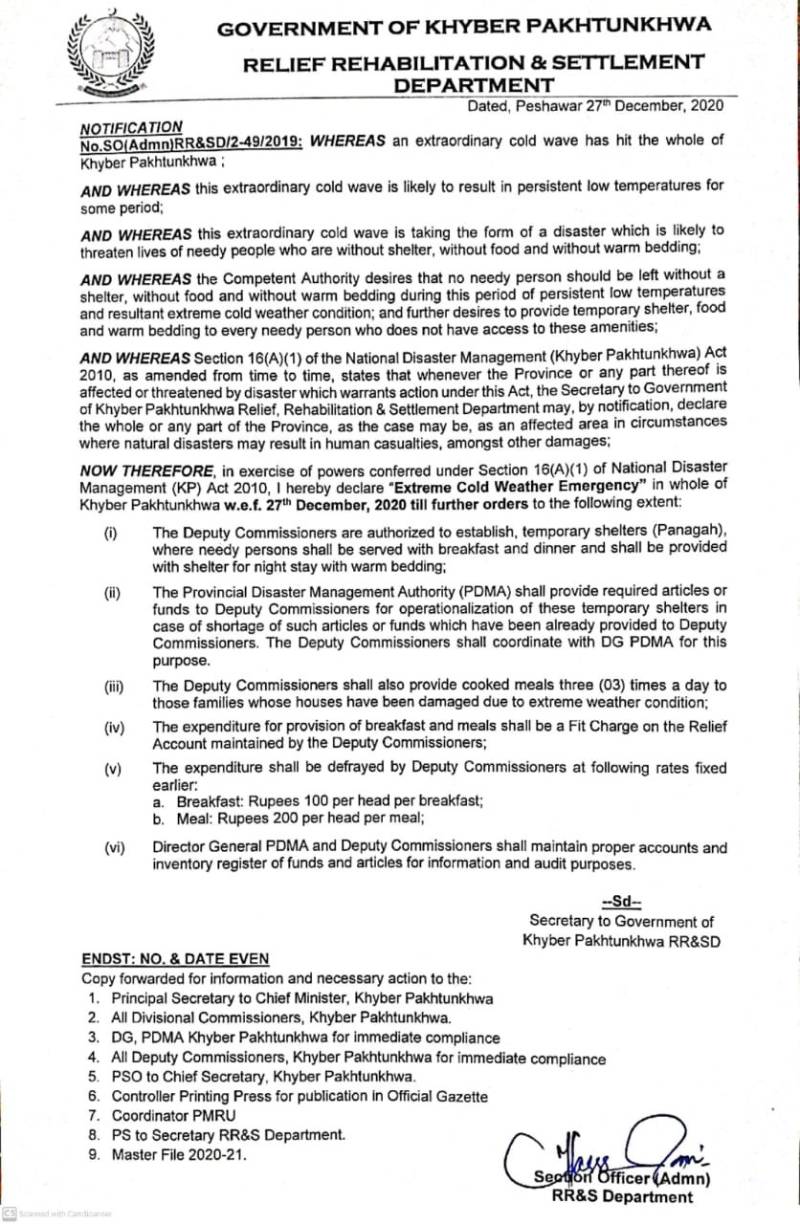 The recent cold wave has gripped Pakistan. The snow has covered all over Landi Kotal area in Khyber and Orakzai besides heavy snowfall in Gilgit Baltistan region.

Balochistan also suffering from extreme cold as -5 was recorded in Quetta, where water has frozen in parts of the province. Ziarat and Kalat have also recorded freezing temperatures at -8 and -7 respectively.

Pakistan Meteorological Department (PMD) has also forecasted a new spell of cold weather in Karachi from today – which could break the seven-year-record in the provincial capital.