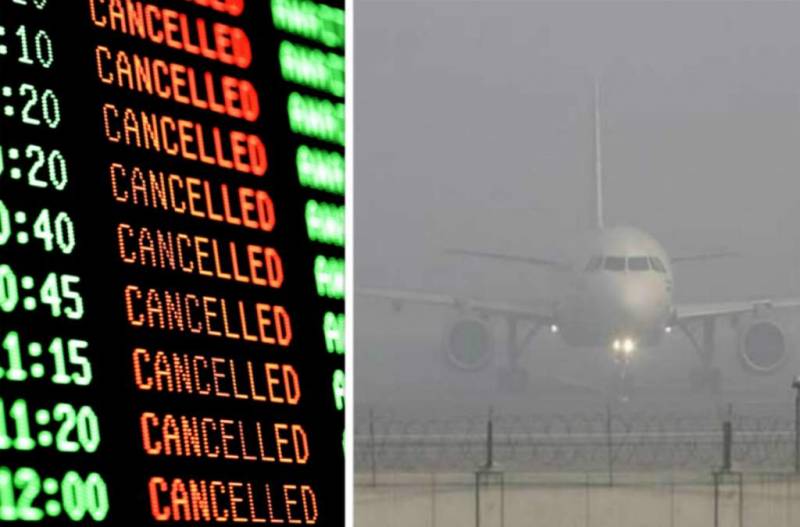 LAHORE – At least 300 passengers remained stranded at the Allama Iqbal International Airport Lahore for 24 hours after a Sharjah-bound flight was cancelled in wake of dense fog.

The flight, PK-185, had to depart on Friday night to Sharjah but cancelled due to dense fog over Punjab’s provincial capital. The stranded passengers staged a protest to make arrangements for their departure.

The flight operation for all flights was suspended at the Allama Iqbal International Airport on Saturday.

RAWALPINDI – A Pakistan Army aviation helicopter crashed due to technical reasons during casualty evacuation near ...

The Civil Aviation Authority (CAA) said, the national and international flights to and from Lahore airport are cancelled due to fog and the operation would be resumed after the clear weather.

The airport manager at the Allama Iqbal International Airport Lahore said the airlines are organizing the schedule keeping in view the weather conditions. Various flights were diverted from the airport to other destinations in the country, he added.

The Turkish Airlines jet was not allowed to land at the Lahore airport as it remained above ground for a short period and later diverted to Karachi. The British Airways flight from London was also diverted to Islamabad while Emirates flight was directed to land in Sialkot.

LAHORE – At least three people were killed while the other five were injured, as twelve cars rammed into each ...