IHC to indict former judge Rana Shamim, others on Jan 7 in contempt case 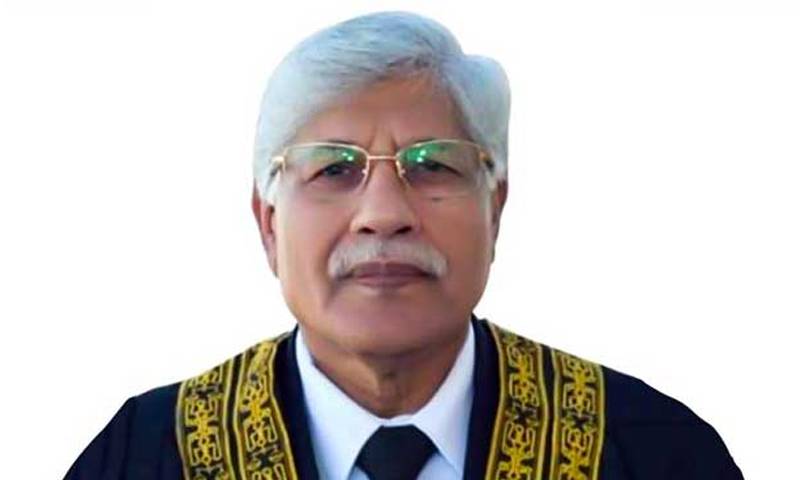 ISLAMABAD – Islamabad High Court (IHC) has set January 7, 2022, as the date for framing charges against Shamim and others in a case related to a news report quoting an affidavit attributed to the ex-judge in which he accused Saqib Nisar of judicial interference.

Shamim and the publication reporter appeared before the court today. At the outset of the hearing, Chief Justice Athar Minallah said that the affidavit has made this court dubious and asked that why the court should not decide to indict him in the contempt case.

Shamim reportedly opened his original affidavit and submitted it on the court's instructions. Justice Minallah asked Shamim if the document was the former judge's affidavit and whether he had sealed it himself to which Shamim replied in positive.

Meanwhile, former GB chief justice Rana Shamim has trashed a news report about his affidavit, saying he was alone while notarising his affidavit in London.

Upon his arrival at the Islamabad High Court (IHC) for the hearing of the contempt of court case against him, the ex-judge was questioned about the report which mentioned that he took the oath and signed an affidavit in the PML-N supremo’s office in the British capital.

The affidavit which sparked a new controversy mentioned an alleged incident mentioning the former top judge Saqib Nisar of trying to coerce a judgment from a sitting IHC judge against the deposed PM Nawaz Sharif and his daughter.

LONDON – Former top judge of Gilgit-Baltistan Rana Shamim had "signed his affidavit in the presence of deposed ...

Previously, the court ordered the former judge to submit his original affidavit in three previous hearings, warning that charges would be framed if the maker of the affidavit failed to produce it.