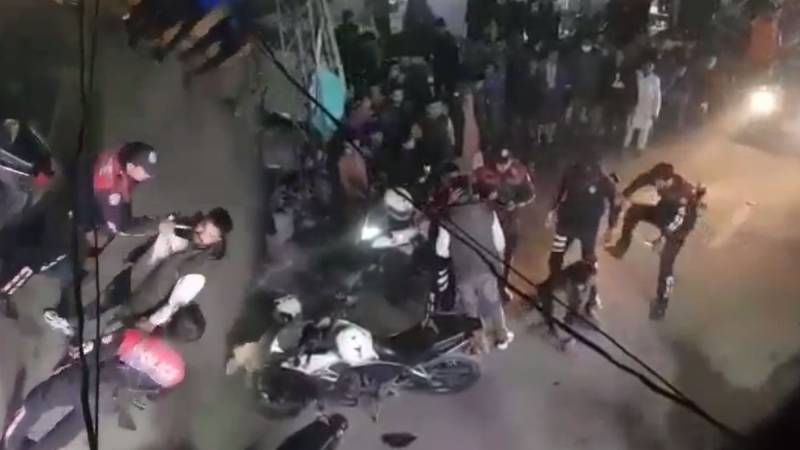 LAHORE – Dolphin Squad, which was formed to improve police emergency response, was spotted torturing citizens in yet another incident of Punjab Police’s highhandedness in the provincial capital.

The incident illustrating the high-handed behavior of the Punjab police has been reported in the Sanda area of Lahore around two days ago in which the Dolphin Squad team can be seen physically assaulting and misbehaving with two men in the busy market.

The footage, which was apparently captured by a person standing on the upper floor of a building, showed two Dolphin Squad officials thrashing the persons with punches and kicks.

In the footage, as the two dolphin personnel can be seen torturing men, two more personnel also reached the spot. They also tortured and abused the citizens.

As the video went viral, social media users lambasted Punjab Police and urged concerned officials to take notice of the incident. Meanwhile, the police spokesperson has not commented on the matter till the filing of this report.

LAHORE – A 14-year-old boy was killed after Dolphin Force opened fire at a speeding vehicle in Lahore’s Shadbagh ...

The motorcycle-borne squad has been the subject of public outcry after more than one incident claimed the lives of citizens in Lahore.