Pakistan has turned into a ‘sea’ after flooding, says PM Shehbaz 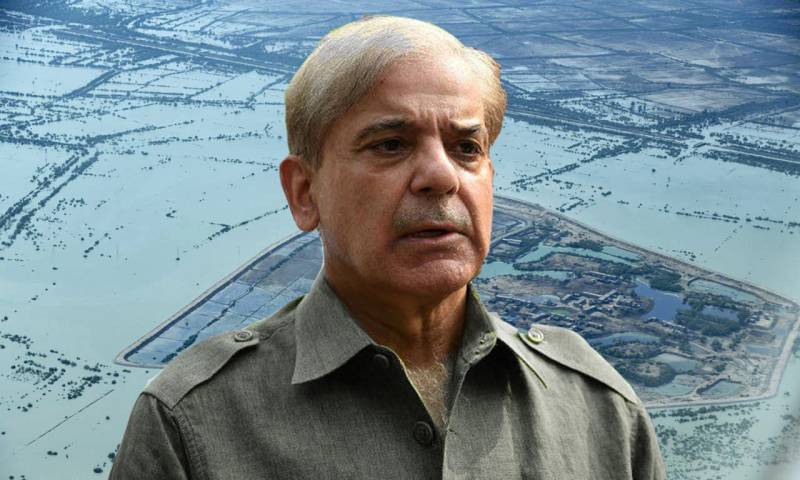 ISLAMABAD – Prime Minister Shehbaz Sharif has visited some of the flood-ravaged areas in the southern province of Sindh as a massive deluge overtakes a vast area of land and has already left more than 1,300 people dead.

The catastrophic condition after the monstrous monsoon wreaked havoc across Pakistan and satellite imagery shows the extent of the destruction.

The premier while interacting with media said parts of the country seemed like a ‘sea’. He said the scale of destruction is shocking, saying it is water everywhere as far as you could see.

He further announced to fasten the cash handouts process for victims and pledged tents to house displaced families.

PM said trillions of rupees will be needed to cope with such calamity, as the worst flooding to hit South Asian nation in a decade began plaguing the country for months.

As of today, nearly 1,343 people have perished, including nearly 400 minors, the country’s disaster management authority revealed.

QUETTA – Prime Minister Shehbaz Sharif arrived in Quetta on Sunday to review work on the rehabilitation of ...

Balochistan, Sindh, and KP remain the most affected areas. With more showers expected in the coming time, the situation could worsen further, UNHCR officials warned.