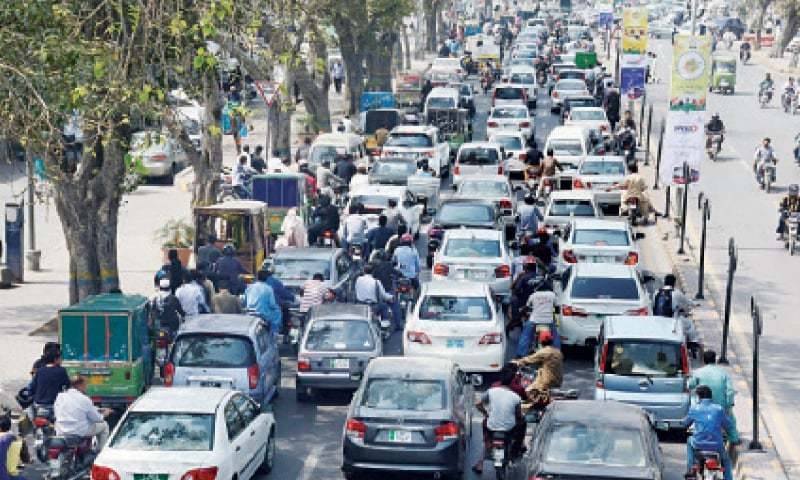 LAHORE – A major road of the city was blocked for hours on Tuesday after owners and employees of restaurants staged a protest against COVID-19 restrictions imposed by the government in view of the rising trend of the case.

The provincial government, following the decision of the National Command and Operation Centre (NCOC), has banned outdoor and indoor dinning at hotels but they are allowed to carry on takeaway and delivery services.

The blockades at Main Boulevard in Gulberg near Liberty Roundabout resulted in traffic jams on all connecting roads, causing causing inconvenience to citizens and patients, who were stuck for hours.

Police officials were also present on the occasion but they looked helpless to disburse the protesters who were damaging vehicles of commuters.

When citizens approached the protesters to ask them for clearing the roads, some young boys started abusing them without caring that an ambulance carrying a patient to hospital was also stuck in the traffic jams.