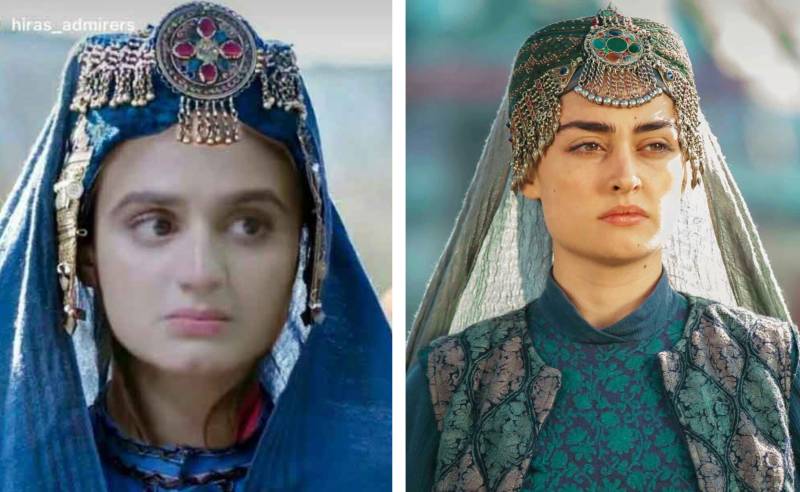 Hira Mani has surely mastered the art of looking gorgeous all the time. Leaving her fans enchanted, the 33-year-old actress adopted the stunning look of a  popular character Halime Sultan of the Turkish drama series Diriliş: Ertuğrul.

Fans were left floored after one of her fan pages recreated her look like the stunning Esra Biglic from the historical Turkish series. Dressed in a blue traditional gown and Turkish headgear, one could easily mistake Hira Mani as the beautiful Halime Sultan.

The diva was photoshopped in a picture where she was sporting a head-to-toe turquoise attire, similar to what Biglic wore in the series. Bearing striking resemblance to Halime Sultan, Hira looked gorgeous. 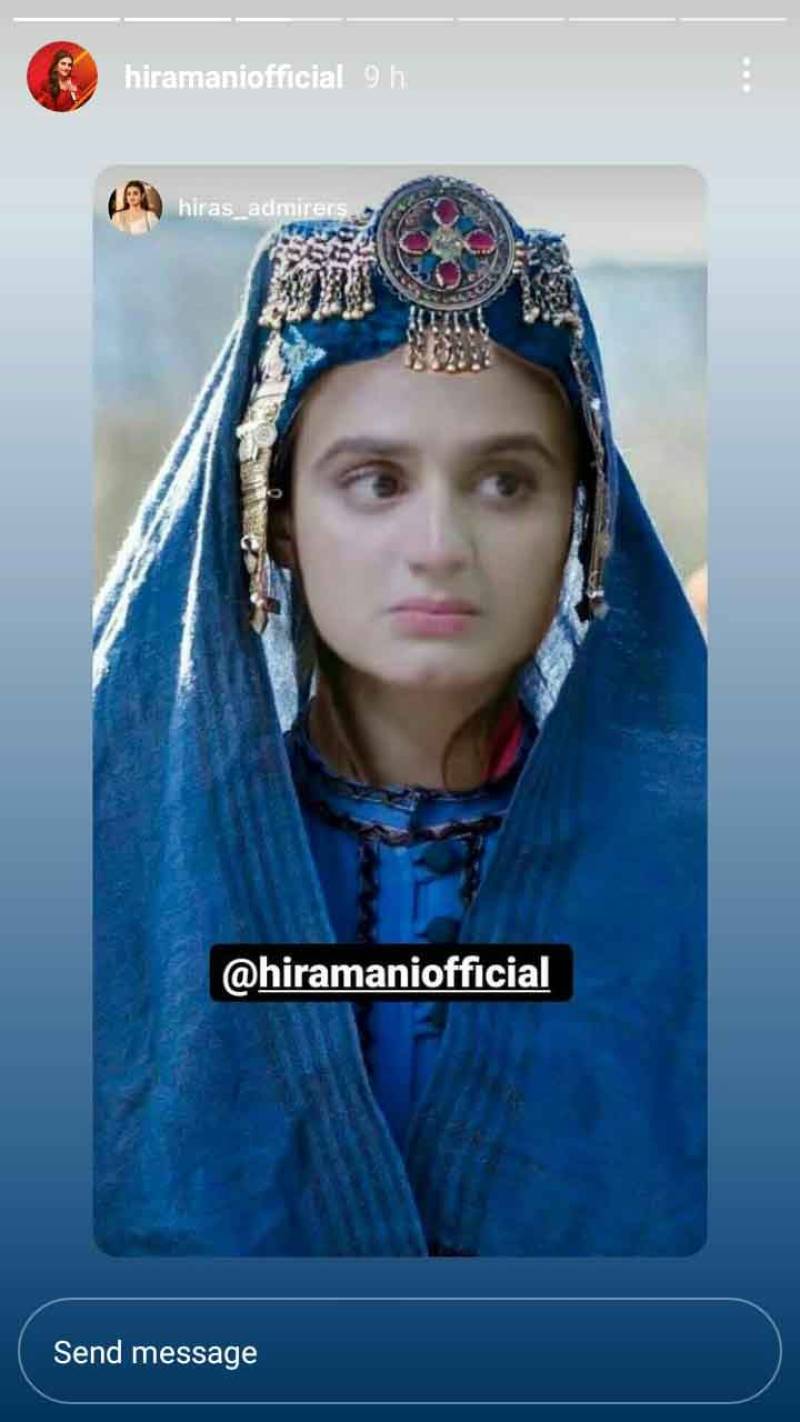 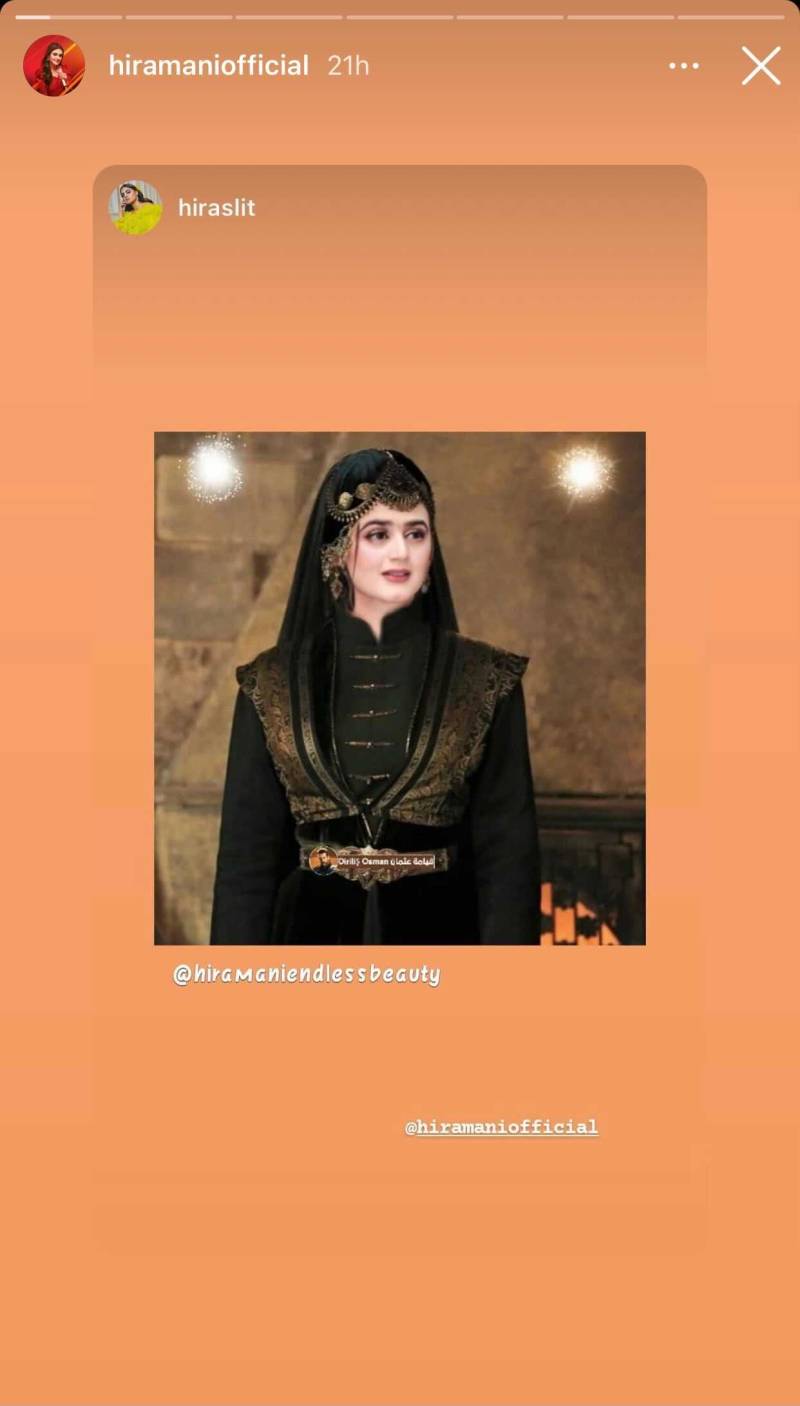 Earlier, the star shared a video message sent to her children by Hakam Serim who played Gunkut Alp in the historical TV series. Hira Mani and her sons are very fond of Turkish TV series "Dirilis:Ertugrul.

Hira Mani and Affan Waheed’s duo have been an absolute treat for the fans, as they created magic on the screen. ...