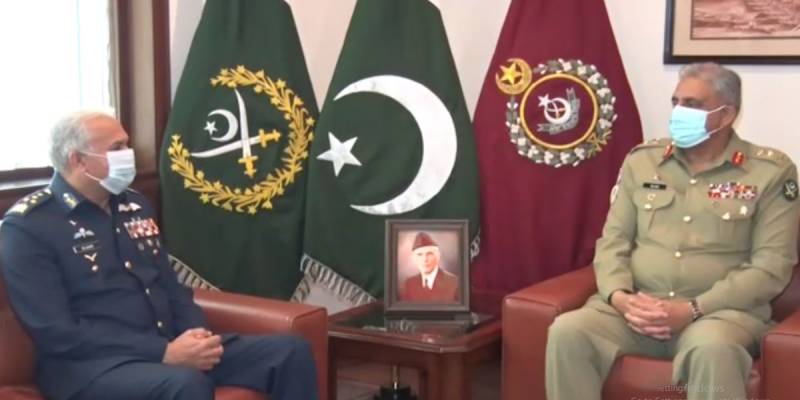 According to the Inter-Services Public Relations (ISPR), COAS thanked the Pakistan Air Force (PAF) chief for his services to the nation during a long and illustrious career.

COAS said that because of his immense efforts and quality leadership, Pakistan Air Force today is a force second to none.

The outgoing Air Chief Marshal was given the Guard of Honor at Yadgar-e-Shuhada on his arrival at GHQ.