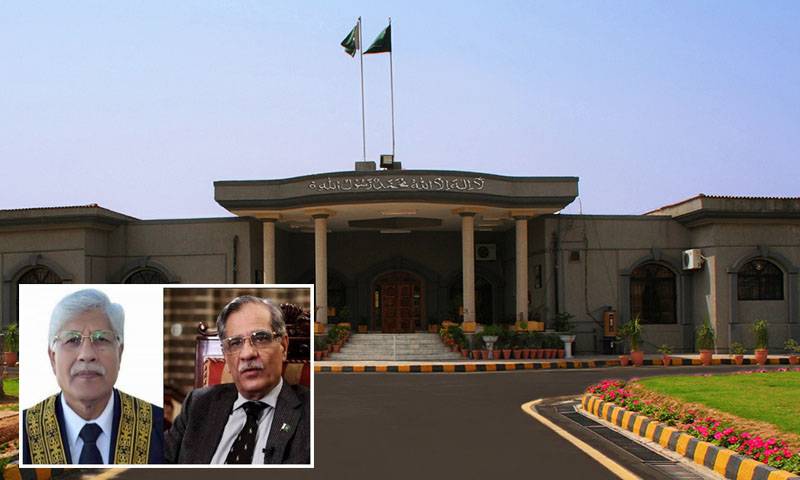 Reports in local media said the controversial affidavit was presented in court a month after it was published in an investigative report in a leading daily.

IHC CJ remarked that we will open the sealed envelope at the next hearing as Attorney General did not appear before the court owing to his health issues. He was admitted to Agha Khan hospital.

The IHC CJ said former GB CJ, Rana Shamim raised fingers at the judges of his court and added that IHC is not worried about the outcry. This is the matter of prestige of my court, not a contempt case hearing, Rana Shamim should present evidence to support his allegations, Justice Minallah said.

Earlier, the court deferred the framing of charges in contempt of court case against Shamim and three others. In a written order, IHC Chief Justice Athar Minallah had warned that charges would be framed against Shamim, the publisher and editor-in-chief of newspaper and, senior journalist who published the contentious story.

In the 'leaked' affidavit, Rana Shamim stated that former CJP made a call to a judge of Islamabad High Court and asked him to ensure that ousted Prime Minister Nawaz Sharif and his daughter Maryam Nawaz are not released on bail before 2018 general elections.

Earlier, the former GB judge’s counsel mentioned that his client had promised that he never leaked the affidavit. The court demanded evidence to be presented regarding the public opinion that was created after the news of the affidavit surfaced.

ISLAMABAD – Former chief justice of Pakistan Saqib Nisar rejected the allegations leveled against him by former ...