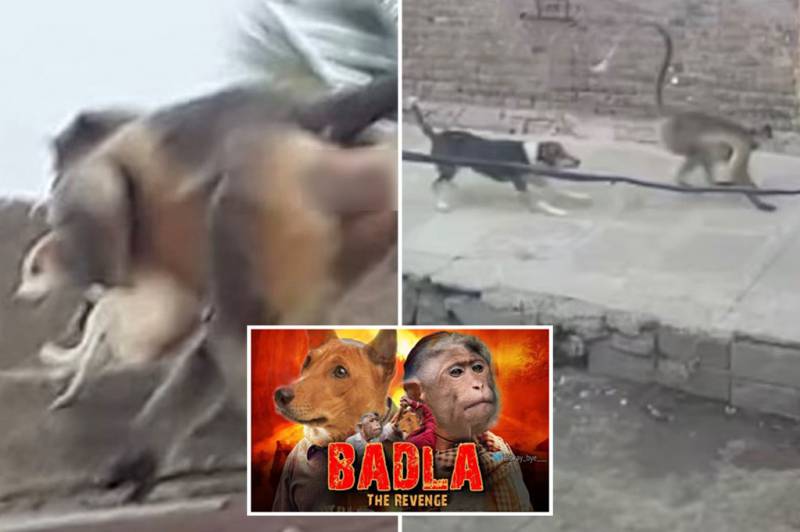 MUMBAI – As monkeys killed more than 250 dogs in an act of revenge after a few dogs killed an infant monkey, Twitteratti couldn't help but share hilarious memes.

The monkeys have been captured near a Maharashtra village that reportedly killed at least 250 dogs by dragging them to the top of buildings and trees and dropping them to their deaths.

Some monkeys even attacked residents in the villages of Majalgaon, where primates reportedly killed scores of dogs. Similar incidents were also reported from nearby areas in Maharashtra.

Local residents reported that the simians attack dogs as soon as they see them before carrying them to a high place and dropping them to their death.

The fierce monkeys aren’t satisfied after killing of dogs, as they are now going after school going children which also create an additional sense of panic among the villagers.

Following the 'gang-war' in the second-most populous state in India, social media users flocked to Twitter where they shared memes under the hashtag #MonkeyvsDog.