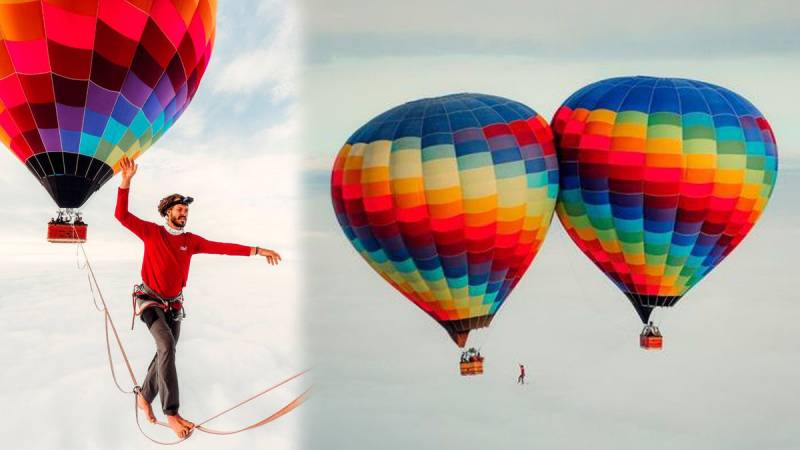 BRASILIA – More than one mile above the surface, a daredevil named Rafael Zugno Bridi walked along a slackline held aloft by two hot-air balloons.

The 34-year-old year balanced steadily on the narrow inch slackline among the clouds over Praia Grande – a municipality in the state of São Paulo in Brazil. It earned him a new world record for high-altitude tightrope walking.

Bridi achieved the feat after walking at more than double the height of the world's tallest building, the Burj Khalifa which stands at 2,700ft.

I wanted to walk across two hot air balloons to experience the sensation of freedom and floating, the Brazilian daredevil was quoted by the British daily. The man said he like complex projects, which involve many people and as a consequence incalculable element like weather and weather conditions.

The man of courage said he like records that are hard to beat. ‘A small mistake could have caused a disaster’, he added while revealing that his attention is fully focused on ensuring that all procedures are followed in detail.

Sharing his years-long strict routine, he said it involved many years of dedication to the sport and safety. ‘I don't give up anything on safety. I always have the best equipment, the best team, and the most up-to-date knowledge. It was a total serendipity moment where everything lined up amazingly,’ he mentioned.

The ecstatic man said he remembered seeing his mates smile after he made the crossing without falling. He said the recent feat is one of the records he achieved while he is optimistic for the other ones.