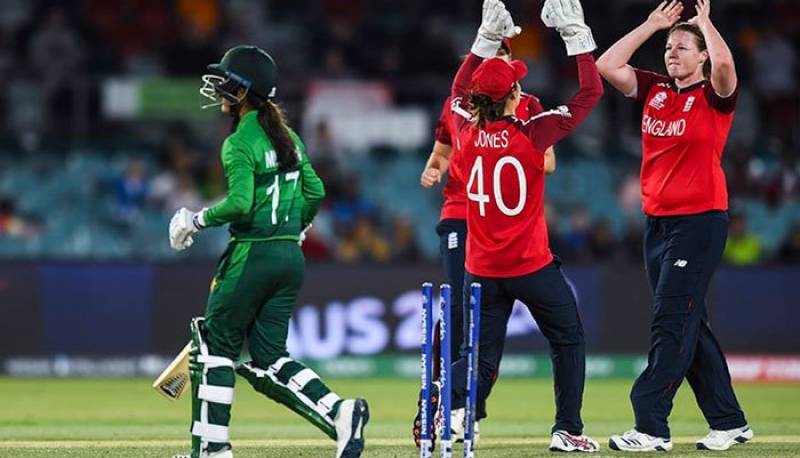 CANBERRA - England beat Pakistan by 42 runs in their second match of Women's T20 World Cup played in Canberra on Friday.

Captain Heather Knight brilliantly scored 62 in their 158-run total. She smashed her sixth consecutive half-century in Canberra. In reply, Pakistan were all out for 116.

Knight struck eight fours and a six before she was caught at the death off the bowling of Nida Dar, playing her 100th T20I.

Natalie Sciver chipped in with 36 and Fran Wilson made 22, with Aiman Anwer taking three wickets.

Pakistan lost Muneeba Ali in the third over and some tight England bowling pinned them down further before four wickets fell in the space of 23 balls to leave them in trouble on 51 for five at the halfway mark.

Aliya Riaz did her best to accelerate the run rate in a 41-run cameo but it was in vain.

Pakistan, with two points from their two matches in Group 'B', will next be in action on March 1 against South Africa, who lead the group.