The operation at the Rousses Lake in the Jura mountains caught French officials by surprise. They said the mission was not authorised.

Swiss media said the country's army had asked for permission from the French air force - not local authorities.

The water was needed to save the cows from dehydration during a heat wave.

However, Swiss military official Denis Froidevaux told the Swiss newspaper Le Matin: "As soon as they contacted us, we realised there was a communication problem and we immediately stopped." 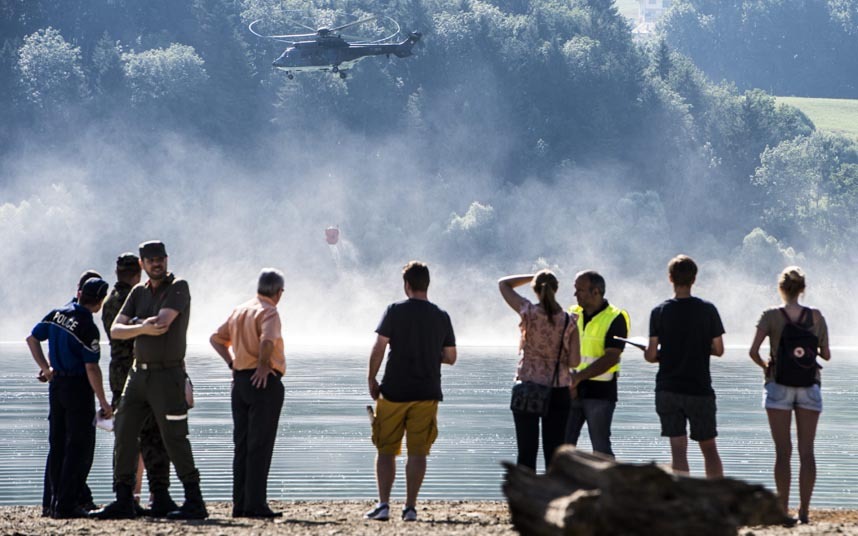