US for minimum tension between Pakistan, India 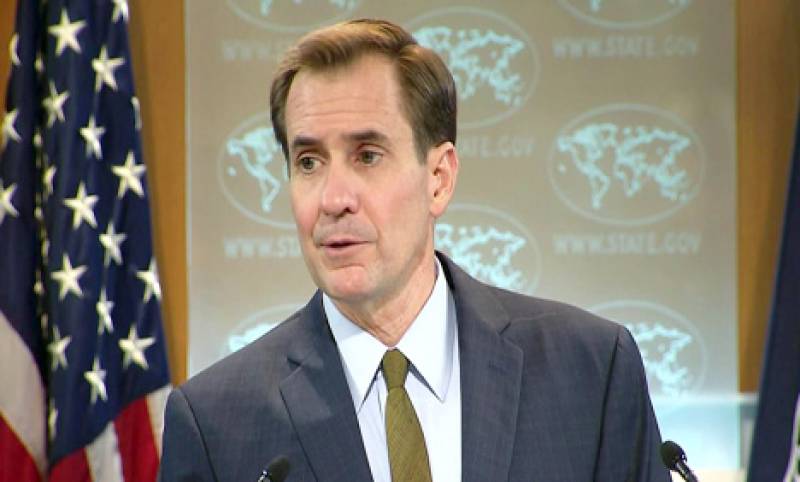 WASHINGTON (APP) - John Kirby, Spokesman for US State Department, has stated that Washington wanted to see the conflict and the tension reduced between Pakistan and India.

Answering to a question over the demand of Tariq Fatemi, Special Assistant to the Prime Minister on Foreign Affairs (SAPM), Kirby said he could not say anything on the role of Washington in resolving Pak-India conflict, however, there are some issues between the two the neighbours that need to be worked out.

Kirby said, “We want to see the conflict and tension reduced between Pakistan and India.”