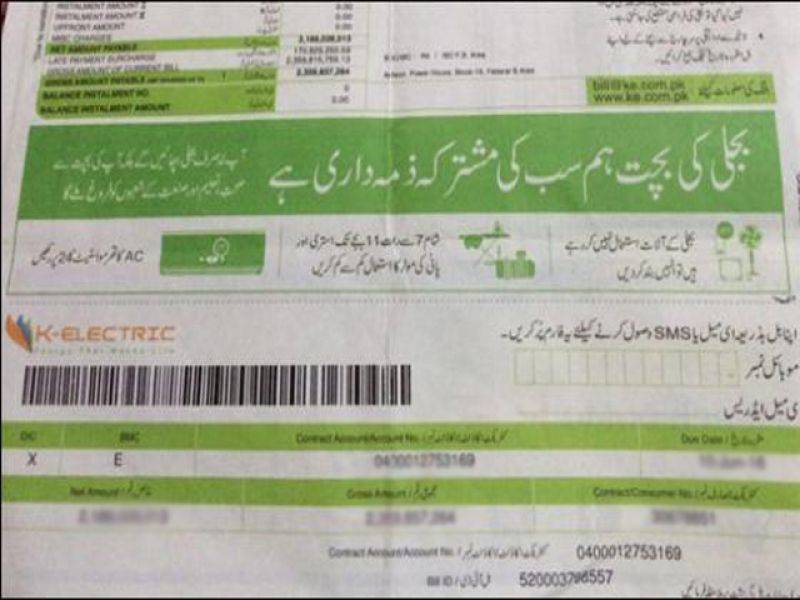 LIAQUAT POOR - It seems that power authorities have found a new way of troubling the citizens, who must already bear hours of loadshedding every day, after a poor widow's exorbitant electricity bill hit the airwaves yesterday.

According to reports, the widow, from the Liaquat Poor area, was shell shocked when she received a monthly electricity bill of "One Lac Eighty Three Thousand Rupees (Rs. 183000/-)". The poor woman, who simply cannot afford to pay the hefty amount, said that the bill had shocked her given that she only used an electricity lamp and a fan in her home.

The woman went on to claim that she was not helped when she went to the local WAPDA office for correction of the bill. She also raised the matter with Minister for Water and Power Khawaja Asif and State Minister Abid Sher Ali, but has so far received no reply from them.