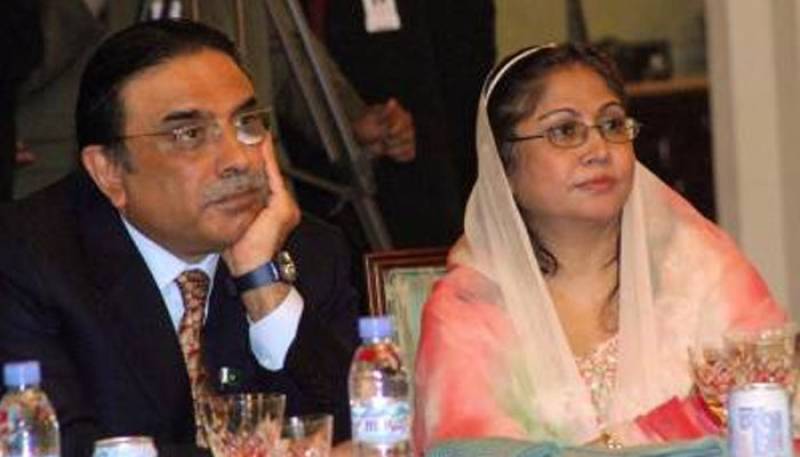 Asif Zardari and Faryal Talpur were summoned by Federal Investigation Agency's (FIA) commercial banking circle at 11 am today to record their statements in relation to a Rs35 billion money laundering case, however, the duo failed to appear

Petitioning for more time in the case, Talpur requested for a new date to be fixed to appear before the investigation team.

On behalf of Talpur, her lawyer Muzzamil Qureshi appeared before FIA's zonal directorate to request the agency to grant his client 15 more days, informing the agency that his client was busy in the banking court to obtain an interim bail.

Furthermore, the petition stated that the interim summons had illegally declared Talpur absconder in the case as the FIA had previously declared former president Zardari and his sister as absconders in the case.

The FIA is investigating 32 people in relation to money-laundering from fictitious accounts, under which Zardari’s close aide and Pakistan Stock Exchange Chairman Hussain Lawai were also arrested earlier this month.

FIA had earlier summoned Talpur and Zardari on July 11, however, the siblings had failed to appear before the agency.

The top court had also summoned Asif Zardari in the case, however, he failed to show up.