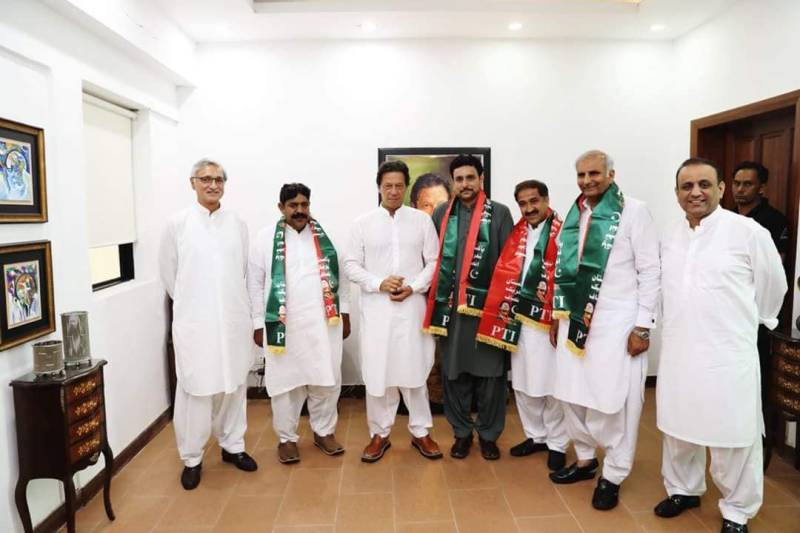 LAHORE - As many as four independent candidates who won the recently concluded elections on provincial level formally joined Pakistan Tehreek-e-Insaf on Saturday.

The entrants include Bashrat Randhawa, Basharat Gillani, Haneef Patafi and Hussain Jahanian Gardezi who called on Pakistan Tehreek-e-Insaf chief, Imran Khan and pledged their allegiance to the party.

With the inclusion, PTI takes its lead on the Punjab Assembly seats to 127 seats trailing behind PML-N which is leading with 129 seats as per the results announced by the Election Commission of Pakistan.

According to the numbers game, any party would need around 150 seats to elect their Chief Minister in Punjab for which PTI leader Jahangir Tareen and Aleem Khan have started touring the province.

On the other hand, Hamza Shehbaz, the son of former chief minister Punjab, Shehbaz Sharif, had announced that the PML-N had emerged as the largest party in Punjab and would make a government in the province by bagging the support of independent candidates which are 29 in number.