China halts entry of Indian pilgrims due to security concerns 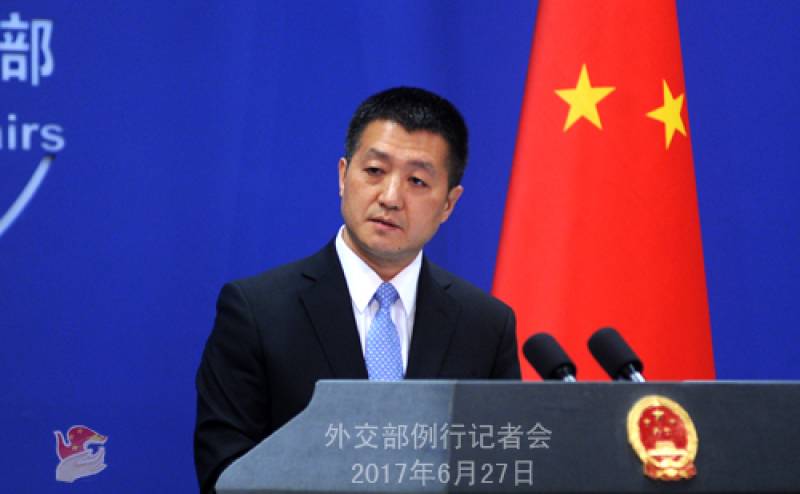 BEIJING - Following Indian border troops' trespass and provoking of troubles at the Sikkim section of the China-India boundary, China has put off arrangements for Indian officially-organized pilgrims' entry into Xi Zang via the Nathu-la pass due to security concerns.

During a regular press conference on Tuesday, foreign ministry spokesperson Lu Kang said: "Recently, the Indian border troops crossed into the Chinese territory at the Sikkim section of the China-India boundary, and in response to that, we have taken necessary and emergency measures".

Kang said that China has informed the Indian government through the diplomatic channel about the decision.

Talking about future approach regarding the issues, he said that it was a matter of course that the Indian side should take necessary measures to alleviate the tension caused by their border troops' illegal entry, and create conditions for their pilgrims' travel to Xi Zang via the Nathu-la pass.

The Chinese side has lodged representations with the Indian side both in Beijing and Delhi, expressing our solemn position, he added.

"I must say that China is sincere about developing friendly relations with India but is also resolute in safeguarding its own sovereignty and interests," he noted.

Earlier, China has accused Indian troops of crossing the border with China from the state of Sikkim on India’s northeastern border with Tibet in an attempt to block a road construction in Donglang(Doklam) area by the Chinese side.

According to a statement by the defence ministry, “Colonel Ren Guoqiang, spokesperson for China’s Ministry of National Defense(MND), said on late Monday that Indian troops’ unilateral provocation has violated the consensus and relevant agreements on border issues between the Chinese and Indian governments, seriously endangering the peace and stability of the border areas.”

Ren noted that China was committed to developing bilateral relations with India, but it will also firmly defend its legitimate rights and interests.

He urged the Indian side not to complicate border issues and make joint efforts with China to maintain sound momentum in bilateral relations.

He further said that the China-Indian boundary in Sikkim has been delineated by historical treaties and the Indian government has repeatedly confirmed in writing after the independence of India, acknowledging that there is no objection to the trend of the boundary line at the Sikkim section, Ren said.

The spokespersons made it clear, “The construction of the roads in Donglang (Doklam) area by the Chinese side is entirely a sovereign act in its own territory, and the Indian side has no rights to interfere”.