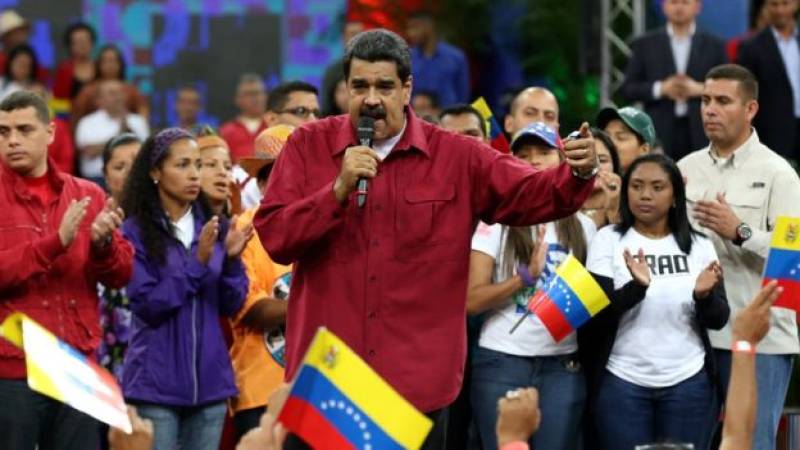 CARACAS - A helicopter launched attack Venezuela's Supreme Court as it dropped grenades on building in a "terror attack" against the government, President Nicolas Maduro said in a speech Tuesday.

"I have activated the entire armed forces to defend the peace," he said in remarks delivered from the Miraflores presidential palace, reported APP.

Maduro said he has put the military on alert to respond to the alleged assault.

"Sooner or later, we are going to capture that helicopter and those that carried out this terror attack," he declared.

A police helicopter can be seen flying over the city before launching attack in a video posted on social media.

The attack follows the political and economic crisis prevailing in the country what opposition claimed happened due to incompetent government. The opposition of the Venezuela has been slamming the Supreme Court for its rulings which strengthens Maduro's hold on power.

A police officer, who carried out the attack, has been identified as Oscar Pérez in video statements asked the people to oppose tyranny. 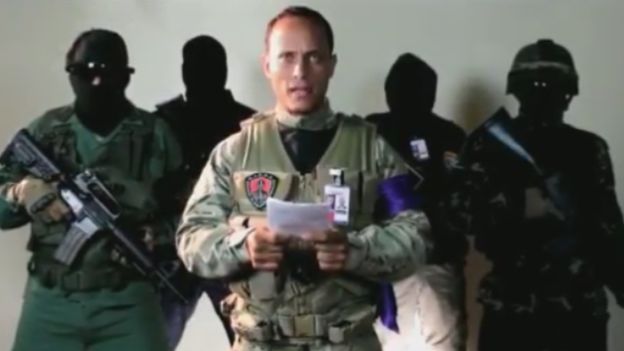 "We are a coalition of military employees, policemen and civilians who are looking for balance and are against this criminal government," he said.

"We don't belong to any political tendency or party. We are nationalists, patriots and institutionalists."

As the situation of country is deteriorating, people have been staging protests against the president seeking fresh elections.

In a two-month long protest around 70 people have been killed since 1 April, BBC quoted the chief prosecutor's office.