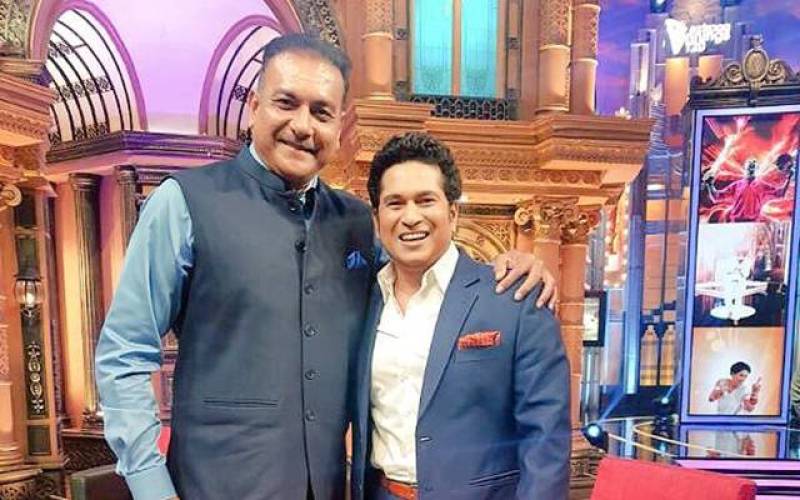 MUMBAI - Former India batting legend Sachin Tendulkar stepped in this week to finally resolve the matter surrounding appointment of India's new coach in place of Anil Kumble, following which cricketer-turned-commentator Ravi Shastri finally agreed to send in his application for the role.

Shastri, who is holidaying in London, had been categorical so far that he "wouldn't stand in the queue" for the job, underlining the fact that he had been deliberately ignored last year despite doing a commendable job. Speculation had been rife over whether the ex-India all-rounder would once again come to the table with his CV and a presentation.

TOI has learned that it is Tendulkar, who too is holidaying in London with his family, spoke with Shastri to consider his stand once again. As member of the three-man Cricket Advisory Committee (CAC), Tendulkar took into account the fact that India skipper Virat Kohli too wanted Shastri on board and therefore acted in time to save BCCI - which has been coping criticism in its handling of the matter - the blushes.

It should be mentioned here that in 2016, when the CAC - of which former India cricketers Sourav Ganguly and VVS Laxman are a part alongside Tendulkar - had interviewed Shastri along with Kumble and others for the role.

Shastri, who had been essaying the role of the Team India director until then, had shown all the possible interest he could until Kumble's last-minute entry changed the equation.

Tendulkar had backed Shastri back then too, knowing that the team was also comfortable with him, while Ganguly had backed Kumble. It was then left to Laxman to take a stand by way of what turned out to be a ballot and the former batsman sided with Ganguly to bring Kumble on board.

While Kumble has been impressive as Team India coach, wrapping up one of India's greatest home seasons in 2016-17, the fact of the matter is that Shastri as Team India director following the exit of Duncan Fletcher as coach had played a crucial role in keeping the team together.

To be fair to the noted commentator, he took upon the role that was handed to him as a last-minute responsibility and TOI has learned that there wasn't even any courteous paperwork in place when he was brought on board.-Online