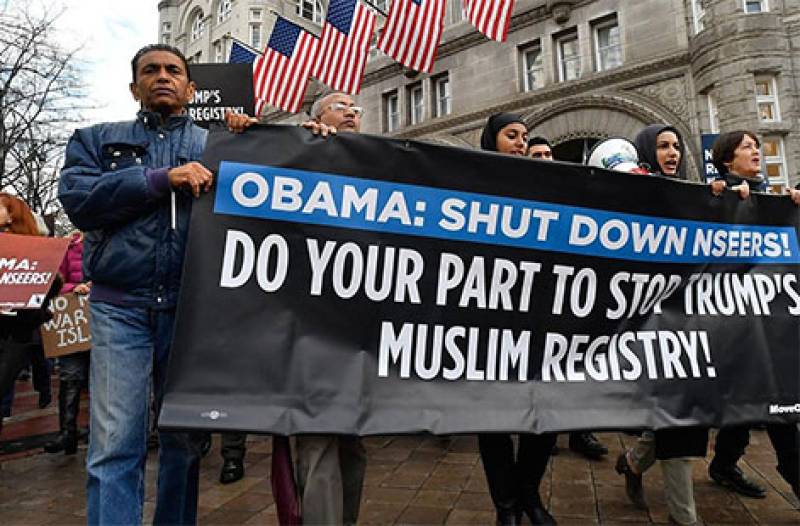 WASHINGTON - A US-based Muslim group on Wednesday criticized the Supreme Court's (SC) decision to uphold a travel ban on Muslims to enter the US by President Trump, saying it was launching a new campaign to garner support for a proposed resolution which recognizes American Muslims' contribution to the nation.

In a 5-4 ruling, the Supreme Court bench handed over President Trump one of his biggest victories since taking charge of the White House in January last year, by upholding his executive order that sought ban on travelling from five Muslim-majority countries from entering the United States.

In a statement, ICNA Council for Social Justice, an Islamic social justice and human rights organization, said that it was not the first time that the court had allowed official racism and xenophobia to continue rather than standing up to it.

"There is a strong need for education in our community on American Muslim roots. We have been present in this country before and after its revolution," the statement issued in Washington said.

"This is a historic step as it is one of its first kind in the House of Congress. The Resolution proudly describes how Muslims are knotted to the American fabric before and since the founding of the nation," the statement said.

The campaign would aim to raise endorsement for the resolution from other members of the House. It also aims to connect American Muslims to their contribution and roots in the country.

"As mainstream media and others are pushing the Muslim minorities to the edge, we believe this is one of the first steps to counter it. Muslims contributions are just as valuable as those of others to this nation," the group said.

Under the ban, nationals from five majority Muslim countries, Iran, Libya, Syria, Somalia and Yemen, cannot travel to the United States. Chad was among the original list of countries but was dropped in April.