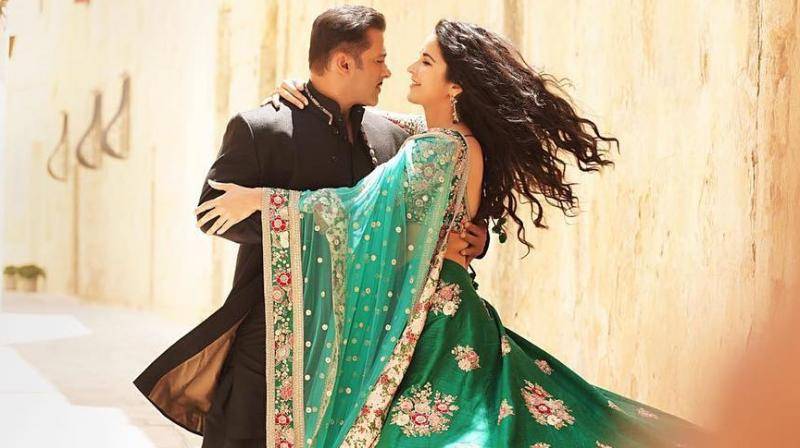 LAHORE- Salman Khan has no filter when passing out comments regarding his female co-stars.

The Bajrangi Bhaijaan star has been on a spree of questionable assertions, from bashing Priyanka Chopra to pulling the leg of his Bharat co-star Katrina Kaif.

During a rapid-fire round with Bollywood Hungama - as part of his upcoming film Bharat promotions - Salman Khan said something highly inappropriate AGAIN.

The actor was asked to suggest an alternative career for Katrina. After an awkward pause, he responded with, “She should be married and produce children.”

Katrina didn't shy away from calling him out and cut him off to say that the question is about a profession like a doctor or an engineer, but Salman refused to suggest anything relevant. He clarified his comment saying that marriage and kids also require immense effort.

Does that even make sense!?

Salman and Katrina, have acted together in over half a dozen films with the Ali Abbas Zafar being the latest. It’s quite embarrassing that someone like Salman who has known Kat intimately for years now couldn't think of a better career choice for her other than motherhood.

Recently, Salman was asked about when he would get married and whether he wants to start a family.

“I want children, but with children comes the mother,” he said, adding, “I don’t want the mother, but they need one. But I have a whole village to take care of them. Maybe I can work out a win-win situation for everyone.”

A solid word of advice Salman, save yourself from the embarrassment and quit giving pathetic interviews!