Strike not a weapon: Lawyers don’t have right to go on strike: Indian Supreme Court 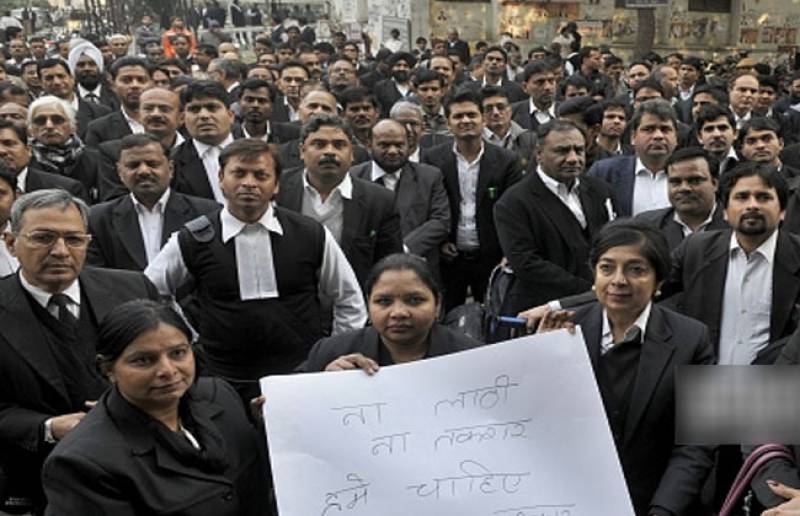 NEW DELHI (Web Desk) - The Indian Supreme Court has said lawyers do not have the right to go strike, Times of India reported on Saturday.

However, the court expressed its inability to restrain them from doing so despite expressing serious concern over the justice delivery system being brought to a complete standstill by lawyers going on strike.

An SC bench of Justices Kurian Joseph and Arun Mishra asked the advocates' associations and Bar Council of India to "help it out" in dealing with the issue, expressing doubt on the effectiveness of any order, if passed, to bar lawyers from going on strike.

"Self-discipline is required on the part of lawyers.

We have serious doubts on how effective our order would be," it said.

"My personal view is that the lawyers have no right to strike," Justice Joseph said.

Justice Mishra also agreed with his brother judge and said strike is not a weapon to be wielded by lawyers.

"It is like a 'Bramhashtra' which should not be used by lawyers. It can be used only in rarest of rare cases," he observed.

The Supreme Court asked bar councils to frame rules for restraining lawyers from going on strike and asked the advocates' bodies and associations to sit together to evolve a mechanism to solve the problem once and for all.