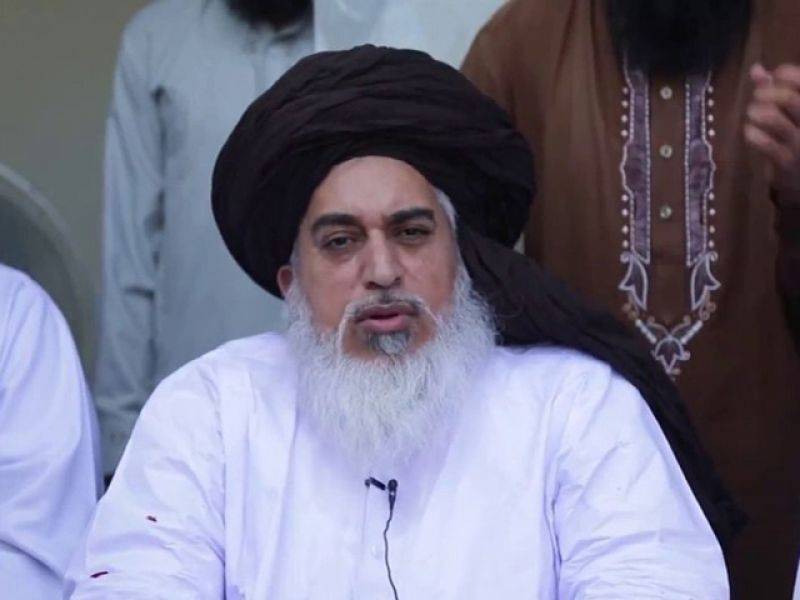 ISLAMABAD - Khadim Hussain Rizvi, the leader of Tehreek-e-Labaik Pakistan, has claimed that the government agreed to much more than what was made public through a document revealed after the operation.

Though the single-page agreement made public mentions law minister’s resignation, making the Raja Zafarul Haq-led committee’s inquiry report public, the release of all detained protesters and withdrawal of criminal cases, and the government taking responsibility to pay for the damage caused during protests, the cleric who led the blockade claimed that some other demands were also accepted by the government but the masses were not apprised of these.

The last point of the agreement inked in the pre-dawn hours of Monday refers to a separate accord between the protesters and the Punjab government and says all things agreed in the accord will also be implemented but this accord has not been officially acknowledged yet, though the protest leaders say their demands therein had also been accepted.

According to Khadim Hussain Rizvi, who is a signatory of the agreement, it had been agreed with the government that persons convicted of blasphemy would get no relaxation and neither would such people be allowed to go abroad.

Another thing he claimed had been agreed was that Punjab Law Minister Rana Sanaullah would appear before a board of clerics to clarify his comments regarding pro-Ahmedi remarks. This board, led by Rizvi’s deputy Pir Afzal Qadri, will decide Rana Sanaullah’s fate. 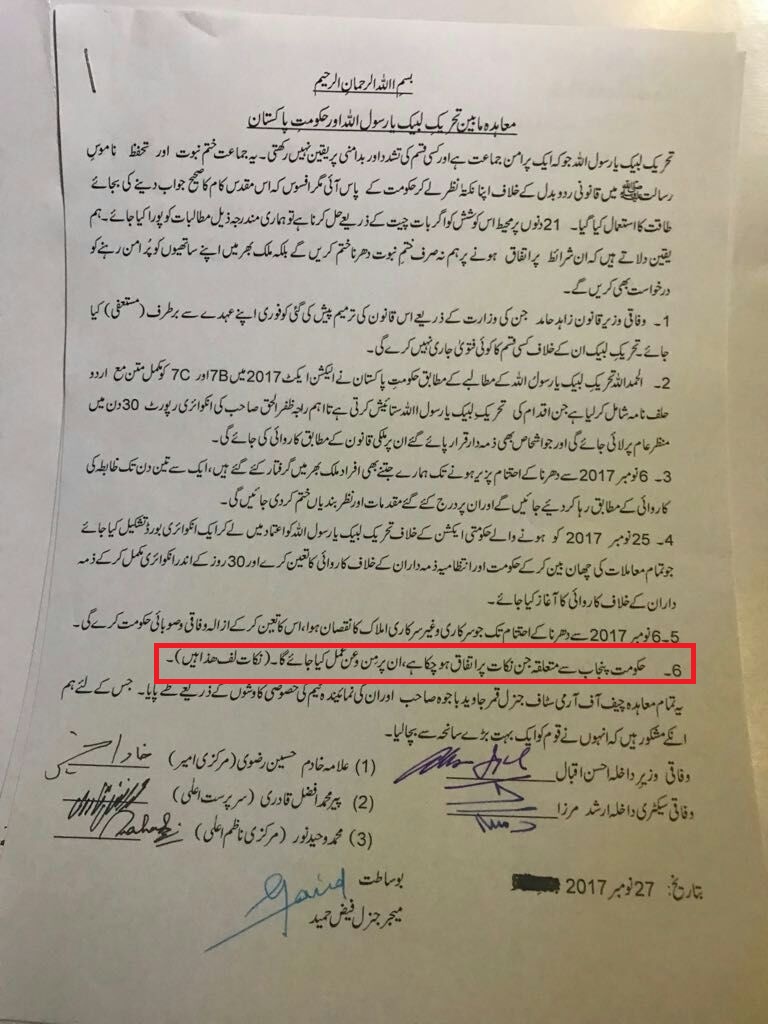 He continued that it had also been agreed that the government would take his party’s input to include more religious content in school and college curricula.

'Other demands had been met included making it easier to lodge blasphemy cases, and relaxation on use of loudspeakers in mosques' Rizvi noted.

The cleric also said that the government should make all-out efforts for the release of Aafia Siddiqui who had been sentenced to 86 years in prison by a US court.