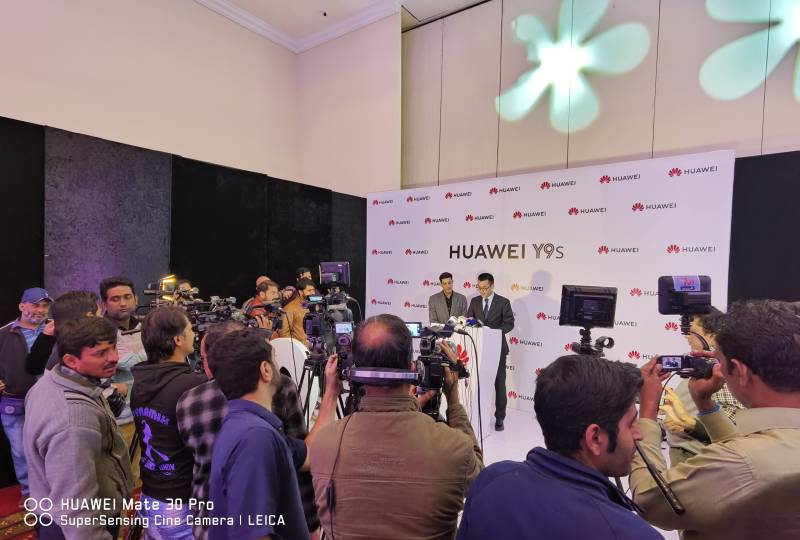 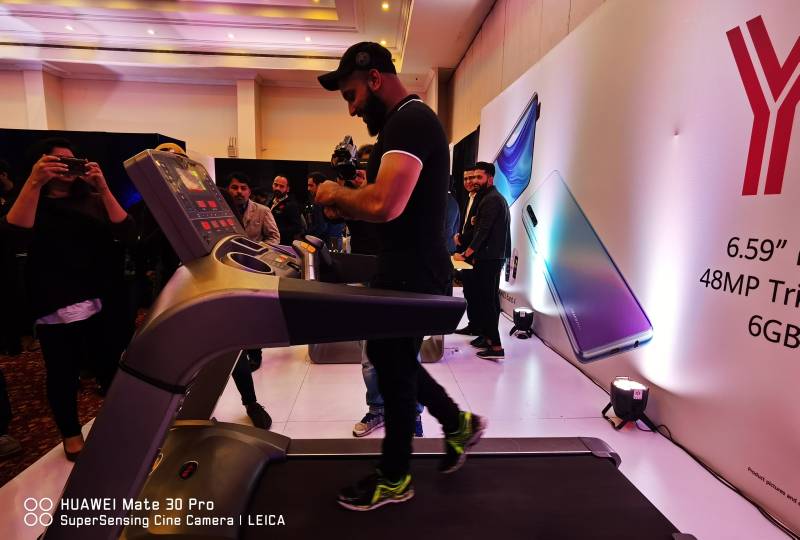 LAHORE – Huawei Y9s, which is equipped with a 6.59-inch display with a resolution of 1080x2340 pixels at a pixel density of 391 pixels per inch (ppi), was launched at a huge media gathering in the provincial capital on Wednesday night.

The Huawei Y9s runs EMUI 9.1.1 based on Android Pie and packs 128GB of inbuilt storage that can be expanded via microSD card (up to 512GB). The Huawei Y9s is a dual-SIM smartphone that accepts Nano-SIM and Nano-SIM cards.

Pre-orders for the smartphone will begin from 30 November and go till 06 December 2019.

Huawei Y9s is priced in Pakistan at Rs42,999 for the both Midnight Black and Breathing Crystal colours.

Mr Scott Huang, Huawei’s Country Manager, while addressing the launching ceremony of the Y9s, shed the light on the stellar performance of Huawei in Q3 2019.

He said, “In Q3 2019, we clinched a market share of 18.6%, securing our position as the second-biggest smartphone manufacturer in the world. Despite all the odds, our global smartphone shipments in 2019 have already crossed the 200 million mark by 22 October – a feat that we achieved 64 days earlier than in 2018.”

The celebration concluded with dinner and an exclusive session with Mr Scott where he addressed the media about Huawei’s future projects, its vision and current plans for the Pakistani market. 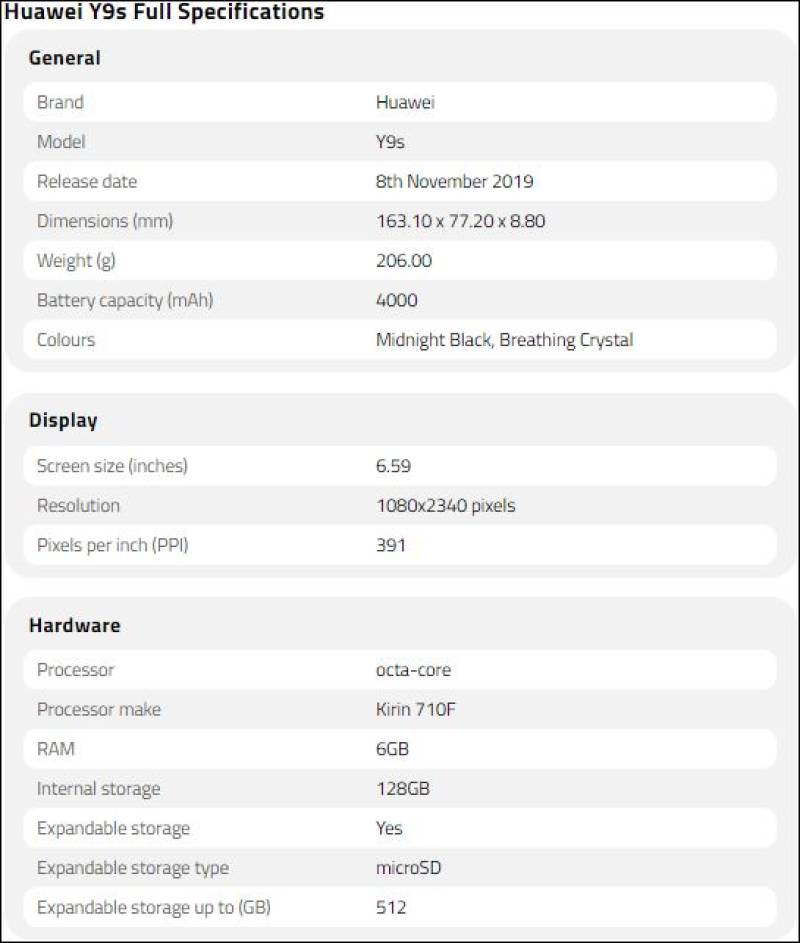 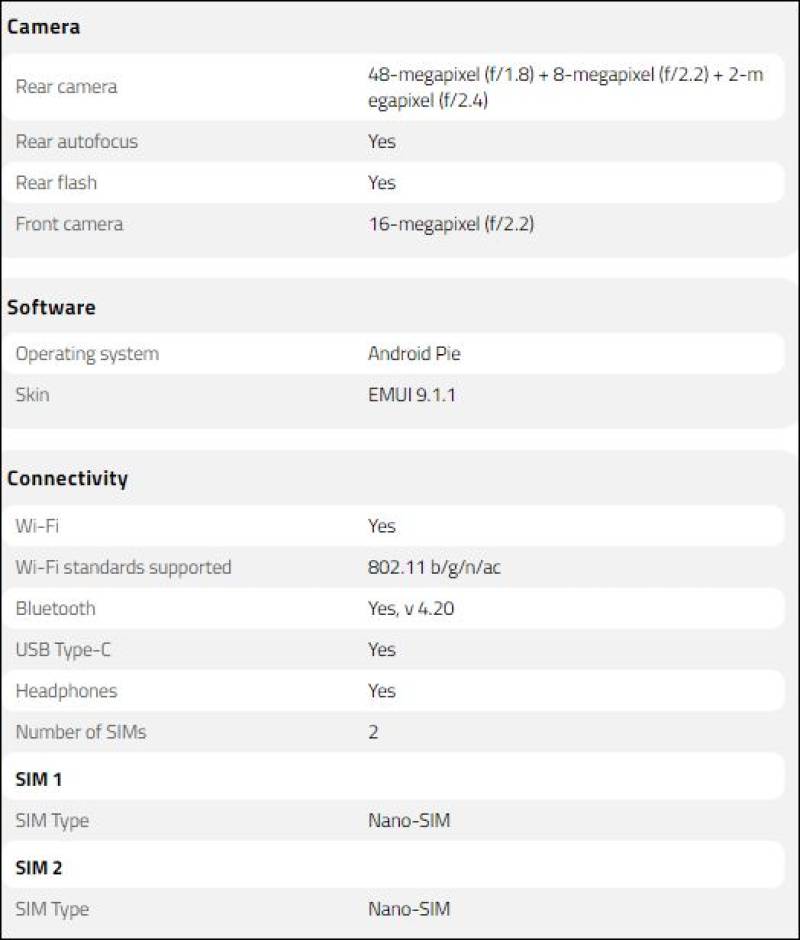