Bano Qudsia known as Bano Aapa is widely credited as one of the most significant Urdu language authors in modern times Qudsia earned enormous acclaim for Urdu classics like her television play Aadhi Baat and novel Raja Gidh.

Born in 1928 in Firozpur, British India, as Qudsia Chattha. Her family migrated to Lahore after the partition of India and had begun writing short stories as a child while she was in class 5. She graduated from the Kinnaird College in Lahore and then joined the Government College University (Lahore for her masters in Urdu literature which she completed in 1951. She also met her future husband and fellow luminary of Urdu literature Ashfaq Ahmad at GCU. 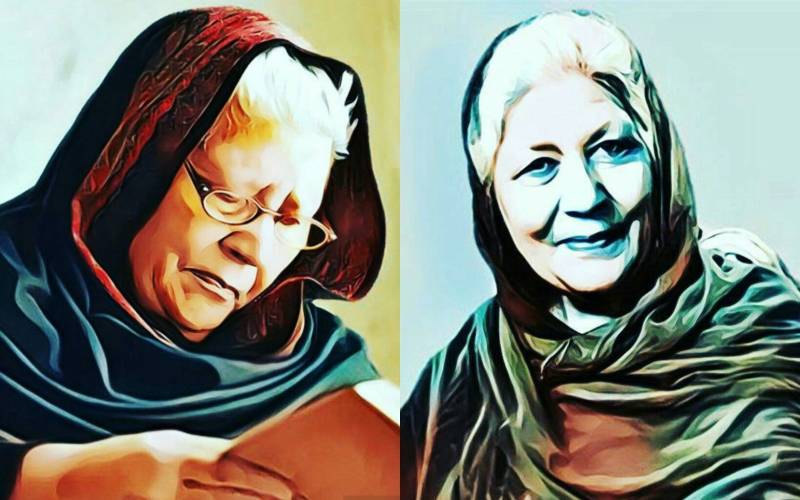 The Government of Pakistan conferred her with Sitara-i-Imtiaz in 1983. She was also honoured with Hilal-i-Imtiaz by the government in 2010. In 2012, the Pakistan Academy of Letters (PAL) awarded Bano Qudsia with the Kamal-e-Fun Award, which is a lifetime achievement award.