“I am a prince and I do what I want”: Saudi prince asks an assistant to fart in his face 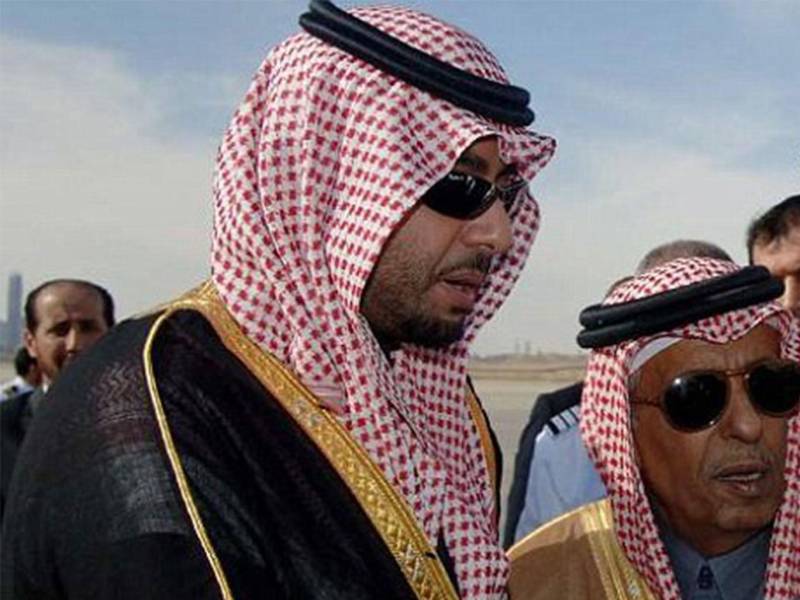 WASHINGTON (Web Desk) - A Saudi Arabian prince has been accused of ordering his staff to strip off by the pool because he wanted to see "some naked p***y".

Prince Majed Abdulaziz Al-Saud, 29, also reportedly used cocaine, arranged for escorts to come to his US mansion and declared "I am a prince and I do what I want".

The claims were made in a lawsuit brought against the prince by three female staffers, who were responsible for caring for the $37 million mansion where the prince was staying Beverly Hills.

In the latest complaint, one of the women says she was told to round up workers around the mansion's pool at the prince's request and was told it was because he wanted to "see some naked p***y".

Once outside, the woman said she saw Al-Saud's girlfriend and another woman, thought to be the original complainant, standing with "bruises and blood on their face and body" and "shaking and crying".

At the time he was "intoxicated, abusive and aggressive" and left her "in fear for her life," according to the lawsuit, reportedly seen by the Daily Mail Online.

The LAPD apparently arrived shortly afterwards to remove Al-Saud from the premises.

He reportedly screamed "no news!" at onlookers as he was handcuffed.

The prince of Saudi Arabia, where gay acts are punishable by death, was also witnessed having his penis "stroked" by a male aide.

The women also say they were made to watch while he asked a male to fart in his face, the Los Angeles civil suit claims.

At one point, he allegedly took a liking to one woman and made her stand next to him all night, before telling her:

"Tomorrow, I will have a party with you and you will do everything I want or I will kill you."

Al-Saud was arrested after a female worker accused him of trying to force her to perform a sex act on him, police said.

Days later, the three women sued him in civil court.

The lawsuit seeks unspecified damages and alleges emotional distress, assault and battery, sexual discrimination and retaliation against the workers.

The civil suit and potential criminal charges are being contested by Al-Saud, who has hired Alan Jackson, formerly part of the LA District Attorney's office, to fight the case.

Mr Jackson, who described the case against his client as "fabricated" and said the claims were an attempted "shakedown" of a wealthy man, has previously defended members of the Saudi royal dynasty.

It has now been announced that felony charges will not be filed and the case referred to the City Attorney's office to be considered for possible misdemeanor charges, the LA Times reported.

The Saudi Arabian embassy is yet to reply to a request for comment.