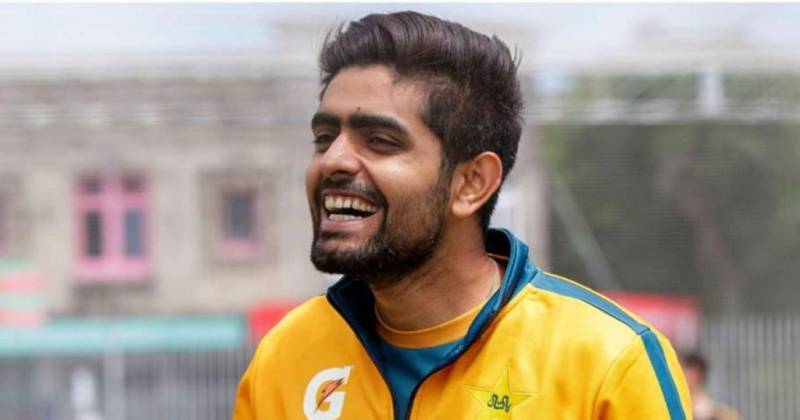 LAHORE – Pakistan's all-format captain Babar Azam has recently expressed his desire to change the law of getting out in cricket.

The world number ranked ODI player in one of the recent interviews said he would like to change the law of getting out in matches and it will be a ‘not out forever rule’.

In a clip shared by the International Cricket Council (ICC) on the social networking site Facebook, the 27-year-old who can be seen smiling suggested the rule that every batsman could only dream of.

Responding to another query, Azam opposed the host who said cricket is a ‘batsman game’ saying T20 cricket is a game of bowlers, and the tournaments are mostly won by the bowling side.

Following a nail-biting win over Kiwis, Azam said his team would look to carry the confidence forward as Shaheens continued dismantling teams in the T20 World Cup.

After demolishing two of the big names in the cricket carnival, Azam urged his teammates to not get ‘overexcited’ with the victory. He said ‘this is just the start’ after their massive win over India and asked the team to be focused on the upcoming important fixtures of the tournament.

DUBAI – After the historic win against arch-rival, Pakistan skipper addressed his teammates in the dressing room ...