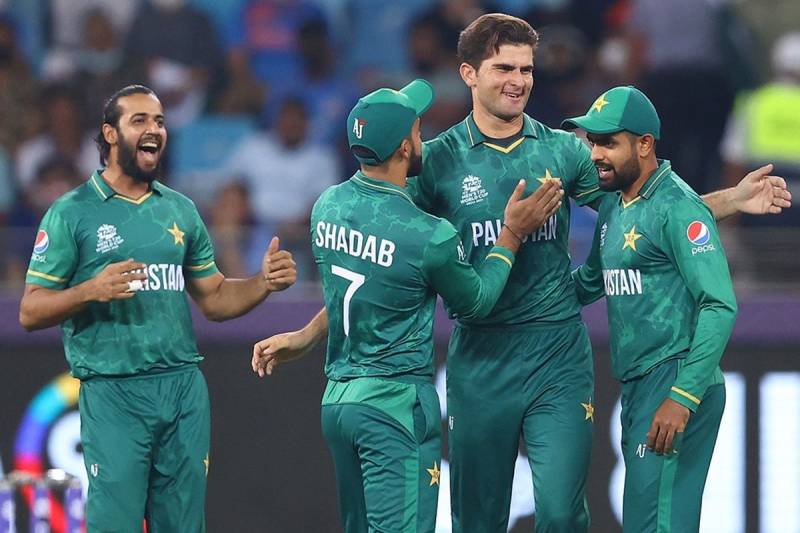 DUBAI – After the historic win against arch-rival, Pakistan skipper addressed his teammates in the dressing room and advised them to stay composed as it’s a long way to go in the mega event.

In a video clip released by Pakistan Cricket Board, the 27-year-old asked made an impassioned plea to Shaheens for the upcoming fixtures.

Let’s enjoy this moment with our families but don't forget this match is now over and we must get back on track to prepare for the other games of the tournament, he can be heard saying in the clip shared by PCB.

Skipper said that after clinching the much-awaited game, there would be more expectations from us and to live up to them, we all have to work harder. We have not just come here to win against India, we have come here to win the World Cup, always remember that,” Babar said.

“I want every player to celebrate this moment tonight but then go back to realizing what his role is in the team and what is expected of him in the remaining matches”, he added.

Azam also urged their fellow players not to get ecstatic for beating India in the ICC Men's T20 World Cup as winning the tournament remains their focus. He mentioned that the Pakistani team has a habit of being inconsistent. We have to change this and it will hopefully.

Meanwhile, Pakistan’s head coach Saqlain Mushtaq reiterated to the squad that now teams will come stronger at Pakistan after the win over India. He advised Shaheens to do soul-searching and think about what we did right today to win the game in such a fashion and to also think and keep working on the weak areas where we still need to continue to do work to remove them.

On Sunday, Pakistan made history, defeating the neighboring country for the first time in a World Cup fixture and ending a jinx that first began in 1992.

Chasing 152, captain Babar Azam and Mohammad Rizwan batted from start to finish as they made India’s ‘world class’ bowling attack look ordinary for once.