Pakistan, Russia sign MoU for $10b gas pipeline from Iran 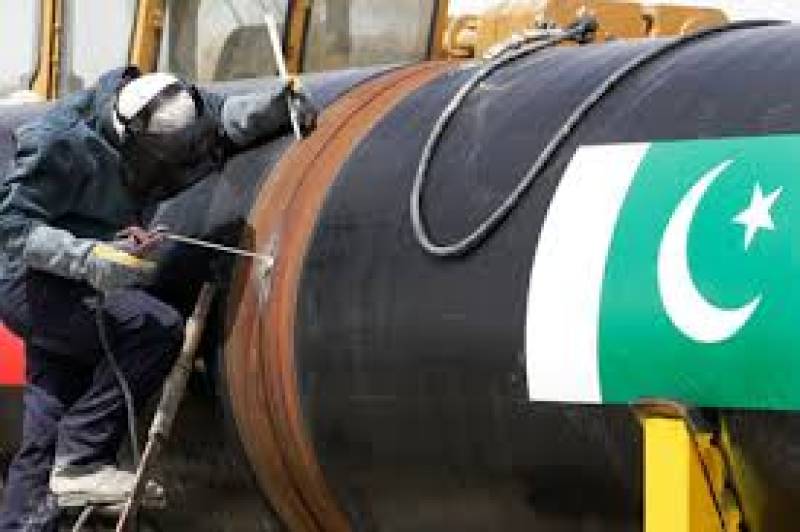 MOSCOW - Pakistan and Russia have signed a memorandum of understanding (MoU) on implementing a project to build an underwater gas pipeline from Iran to Pakistan and India, the Russian Energy Ministry said in a statement yesterday.

"The memorandum provides for the identification of authorized organizations through which the project will be supported, including during the feasibility study, identification of the resource base, configuration and route of the gas pipeline," the statement said.

Now Russia will have to inform Iran and India about the signing, after which it expects to sign a similar document with India, Yanovsky said in the statement.

The project was frozen in 2013 due to the imposition of sanctions against Iran, but its revival started in 2017. In November 2017, Russia and Iran signed a memorandum that envisaged Russian support for gas supplies from Iran to India.

In March, a Russian-Iranian working group on the implementation of the project had its first meeting.

According to Yanovsky, Russia and Pakistan were holding consultations on another project of building the 1,100 kilometer North-South Gas Pipeline (NSGP) between Pakistan's Karachi and Lahore to transport 12.3 billion cubic meters of gas per year.

The implementation of an agreement signed in last October between Russia and Pakistan on Russian liquefied natural gas (LNG) supplies "can become a promising direction of cooperation", he said.

The governments of the two countries were also considering signing an agreement on Russian oil products supplies to Pakistan, Yanovsky said.

In addition, Russian electric power industry has shown interest in the Pakistani market, he said.

After the signing of a Memorandum of Understanding between the two Asian countries, a feasibility study will be prepared by Russian energy giant Gazprom.

According to the agreement, Pakistan is expected to buy some 500 million to 1 billion cubic foot from Russia daily.

The underwater pipeline will be completed in three to four years.

Inter State Gas Systems (ISGS) – a state-owned company of Pakistan established to handle gas import projects and is already working on gas pipeline schemes like Tapi, has been nominated by Pakistan to execute the offshore pipeline project along with Gazprom.

ISGS is also working on the $10-billion Turkmenistan, Afghanistan, Pakistan and India (Tapi) gas pipeline to connect South and Central Asia and construction work on the scheme in Pakistan will start in March next year.

Russia currently exports huge quantities of gas to Europe and Turkey. This project is an alternate for Russia in case those exports go cold. Despite the US sanctions, Russia has been a major exporter of energy to Europe.

Amid a long-running tussle with Europe and the United States over the annexation of Ukrainian region of Crimea, Russia is looking for alternative markets and wants to capitalise on the growing energy demand in South Asia.

Russia, which controls and manages huge gas reserves in energy-rich Iran, plans to export gas by laying an offshore pipeline through Gwadar Port to Pakistan and India, which are seen as alternative markets because Moscow fears it may lose energy consumers in Europe over the Crimea stand-off.