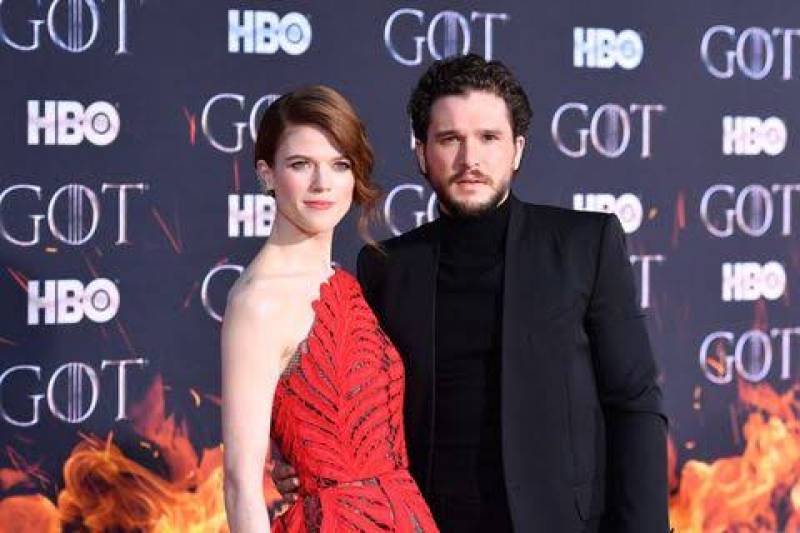 The “Game of Thrones" stars are expecting their first child together, Leslie confirmed in the U.K.'s ‘Make Magazine’. She revealed her maternity look, donning a long black dress.

So wonderful working with the beautiful Rose Leslie for the cover story of @make_magazineuk out now! A very special all woman team photographic shoot capturing Rose at this wonderful time as she prepares for motherhood for the first time! My team were: @billiescheepersphotography @liztaw doing beautiful hair and @justinejenkins wonderful makeup. Rose wears @stellamccartney. Huge thanks to @vrwpublicity for organising the shoot and to Hannah Rand for her interview. #roseleslie #makemagazine #rose #portraitphotography #portrait #interview #covershoot #cover #stellamccartney

Fashion editor Ursula Lake posted the actor’s photos on Instagram, saying, “A very special all-women team photographic shoot capturing Rose at this wonderful time as she prepares for motherhood for the first time!”

Rose and Kit first met on the set of hit show Game of Thrones in 2011. The couple announced their engagement in September 2017 and got hitched a year later in Aberdeenshire, Scotland.