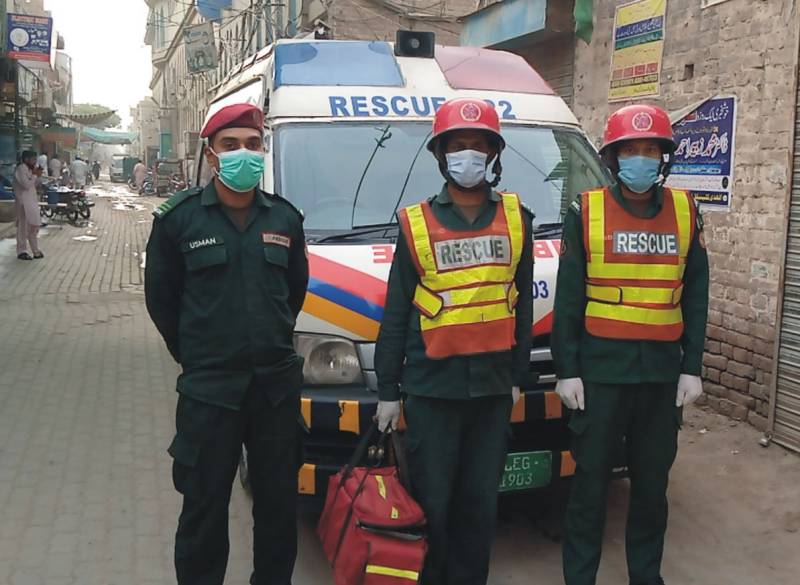 LAHORE – A Rescue and Safety Officer of Punjab Emergency Service (Rescue 1122) filed a petition on Wednesday in the Lahore High Court against the recommendation of a medical board for forced retiring of 85 officers of the department after being declared as incapacitated for future service.

Muhammad Imran Yousaf, a gazetted officer in the rescue department, filed the petition through his counsel Ch Shoaib Saleem advocate and pleaded that Director General Rescue 1122 constituted a medical board illegally and unlawfully consisting of its own employees, as none of them is a medical practitioner, and summoned the petitioner and all other employees to present themselves before the medical board.

The petitioner added that he was shocked to receive the letter for requiring his appearance before the board, however, he did the needful. But during his medical examination, he clearly told the board that he has neither any disease nor he ever went under any medical treatment and also not allowed them to medically examine him. But, the counsel pleaded, the board declared him incapacitated physically and mentally beside 84 other employees of the Rescue department.

The petitioner’s counsel said that under the Punjab Civil Service Rules 3.3 of the Punjab Civil Services Pension Rules clearly mentions that a government servant who wishes to retire on invalid pension, should apply to his head of office or department/attached department who should direct him to present himself before a Medical Board for obtaining a medical certificate of incapacity for further service but the petitioner never filed any such application with the medical board nor he ever requested to get retired on invalid pension.

The petitioner said that this is happening on the whims of the DG Rescue who wants to create space for more employments on the request of his political masters by forcefully retiring the petitioner and 84 other employees. He pleaded that he is being declared permanently incapacitated due to bodily and mental infirmity but at the same time a member of the medical board himself constituted a team under his supervision to manage relief work in district Muzafargarh which speaks volumes of malafide on the part of respondent department.

The petitioner said that his whole future will completely destroy if he is declared mentally and physically incapacitated for any further job, and requested the court to declare the recommendation of the medical board as illegal and unlawful and suspend its operation.

Justice Faisal Zaman Khan will take up the petition tomorrow.