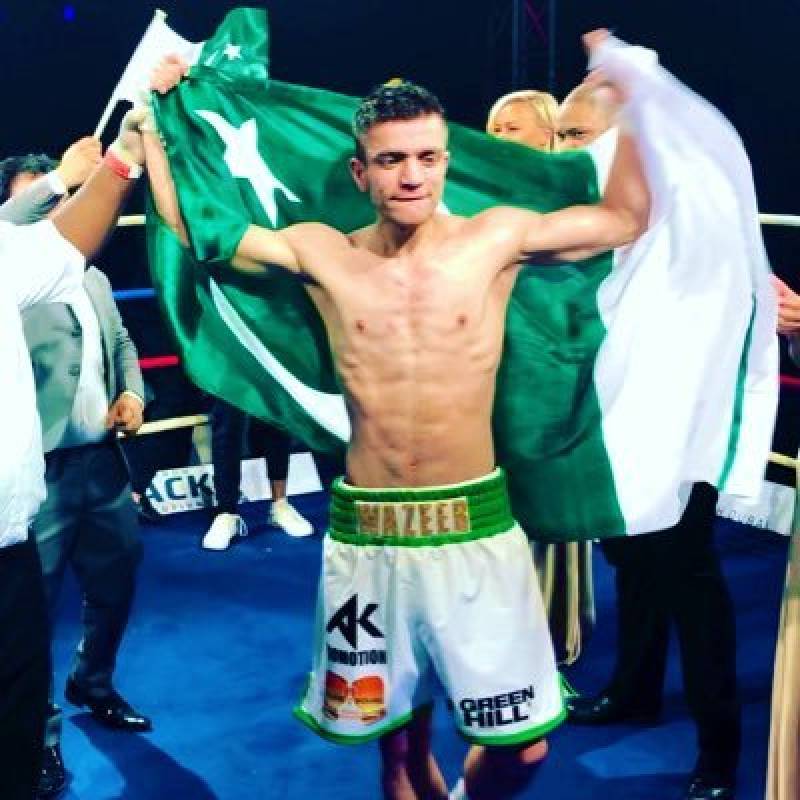 BANGKOK – Pakistani boxer Usman Wazeer has added another feather to his cap as he won the World Youth Title Fight played in Bangkok, Thailand.

The 22-year-old professional boxer knocked out Thai rival Somput Seesa in the sixth round to win the title, held under the wings of the World Boxing Organization (WBO).

Wazeer has created a history as he has become the first Pakistan to win the world title in the professional boxing.

Alhumdulillah, we finally made history and I am now the First Ever WBO World Youth Champion out of Pakistan ☝🏻. I would like to thank everyone for your never ending support and love.
Pakistan Zindaabad! 🇵🇰♥️☝🏻#usmanwazeer #worldchampion #andnew #pakistan #History pic.twitter.com/sL9tWprVpw

It is also for the first time that Pakistan participated in the under-23 category.