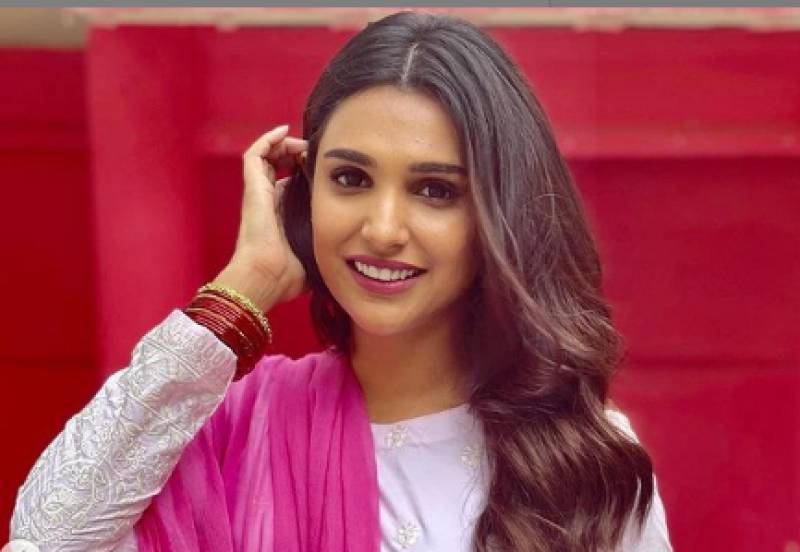 Amna Ilyas is a very talented actress and model. She has proved her mettle in acting. She started her acting debut with Azfar Rehman on Hum Tv. Her film Baaji garnered success.

The actress took to Instagram and uploaded a video of a kick-off challenge, in which she was kicking off an apple which was placed on a boy’s head. She missed the target and hit his head. No sooner did she upload the video, criticism comments from all sides started pouring in.

The actress also did take part in Ankhahi drama’s theatrical remake. Now a days, she is coming in an Express TV play alongside Junaid Khan & Emmad Irfani.

She uploaded the video with a caption, “Bullseye.”