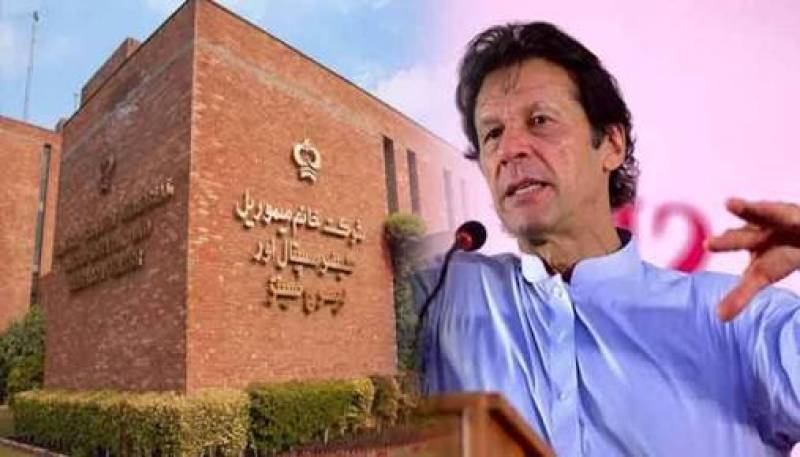 Celebrating the 23rd year of medical facilities and research, Shaukat Khanum Cancer hospital has been serving us well.

A dream by Imran Khan (Chairman Pakistan Tehreek-E-Insaaf) came true which was in the memory of his mother who suffered from cancer. Pakistan is still developing as a country and as a nation. This initiative was taken by Imran Khan but the hospital and research centre came to be what it is now with the help of people who wanted to fight cancer. Donations were made from around the globe supporting this cause.

Here is the journey of Shaukat Khanum Cancer Hospital and Research Centre.

Fight against Cancer with the help of modern science and technology so people can live a better and cancer free life. It is not just for a specific class but it is open for everyone even for the people who cannot afford expensive treatments.

This facility is only available because of the love Imran Khan had for his mother who was dear to him and he watched her (Shaukat Khanum) struggle with cancer before passingg away in 1985. The love for his mother and the pain which he felt through this process of cancer made him take care of all the other families going through the same struggles.

The death which saved a million lives.

This dream could only be fulfilled with A LOT! of money to get the right facilities and doctors on board in order to combat this disease for good. People of Pakistan and people from around the world showed their support and contributed to this initiative. The help from people not only got massive donations but it also created a community and acted as a bridge for the people who couldn’t afford such expensive treatments.

4) Privilege for the underprivileged ones:

Treatments for all was the idea so we don’t forget or leave the underprivileged ones behind. It was not only about one or two patients but it is for every single patient present in Pakistan facing this deadly disease. In Pakistan the most common type is breast cancer.The economic state of our country is not that stable creating a huge gap in the distribution of wealth amongst the people. This hospital's motto is to cater to and serve people from all sorts of financial and cultural backgrounds.

Such medical help with such great standards is another point to be appreciated as it has not only built but it is taken care of with a huge team which runs this place by keeping up their standards and decorum. Great facilities with amazing staff and doctors have made it a lot more comfortable and friendly. Lahore and Peshawar have the best hospital and research centre which must be credited to Imran Khan and all the donors who have been a part of this creation. Kudos!

Thank you all for being a part of this human welfare system and helping patients, their families through the tough times. Thank you Imran Khan!