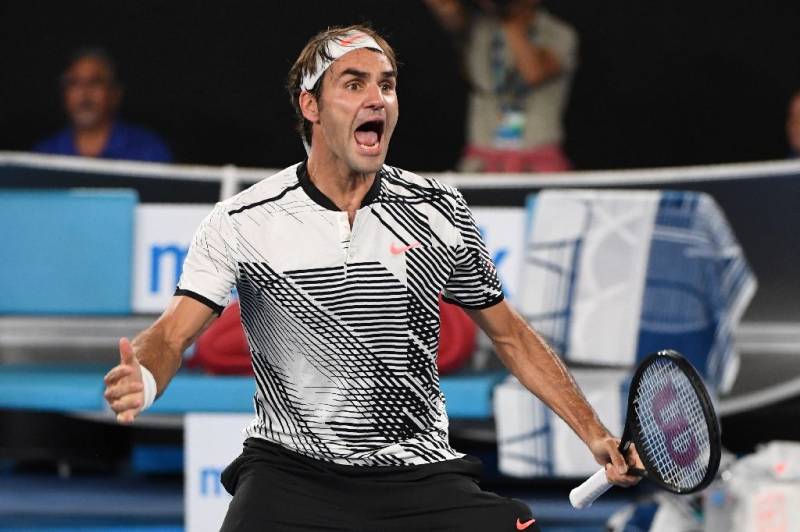 MELBOURNE - Roger Federer bagged his 18th Grand Slam title with a thrilling 6-4, 3-6, 6-1, 3-6, 6-3 win over against his traditional rival Rafael Nadal in the Australian Open final here on Sunday.

The Swiss veteran started strongly and won the opening set but Nadal came alive in the second, storming into a 4-0 lead before levelling the match.

Federer then moved up a gear to retake control of the match with some sublime tennis. He won the third set 6-1 but Nadal raised his game again to set up a decider.

It´s a final that nobody saw coming but after the early exits of Andy Murray and Novak Djokovic, the old rivals have seized their opportunity with both hands.

It comes after Serena and Venus Williams, aged 35 and 36 respectively, met in the women´s final -- making it the first Open-era Grand Slam tournament where all four singles finalists have been in their thirties.

Neither of the former world number ones was expected to reach the final after injuries disrupted their seasons last year and their rankings dipped, to 17 for Federer and nine for Nadal.-APP