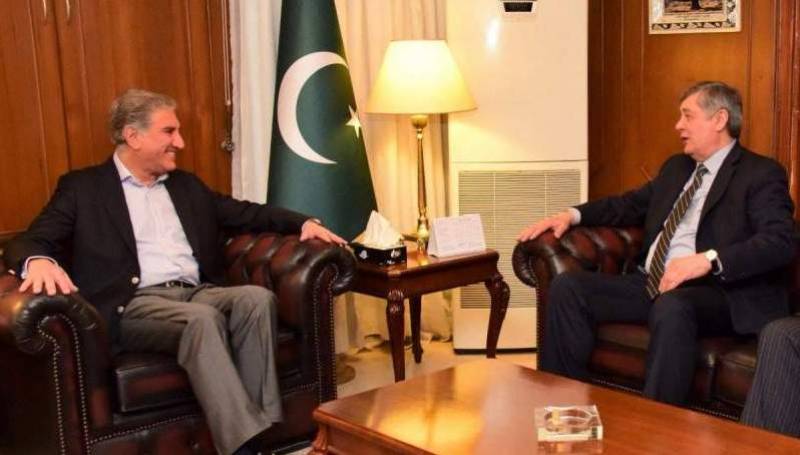 They agreed during a meeting here at the Ministry of Foreign Affairs, a press release said.

Foreign Minister Qureshi appreciated the growing international consensus on the need to settle the decades-old conflict through the political process.

Underscoring the importance of peace and stability in Afghanistan, Shah Mahmood Qureshi said that Pakistan was facilitating the ongoing talks between the US and the Taliban as a shared responsibility and in good faith.

He hoped that the talks would result in an intra-Afghan dialogue leading to lasting peace in the country.

Highlighting the role of neighbours and the regional countries in the peace process, Qureshi lauded the important contributions, Russia had made in the Afghan peace process including the Moscow Format of Consultations.

Lauding the close coordination and regular engagements on regional issues and the Afghan peace process, Ambassador Kabulov said that Russia and Pakistan were important stakeholders in peace and stability in Afghanistan.

It was in the shared interest of both the countries to support all efforts for peace and stability in the country through close coordination, he added.

The ambassador highly appreciated Pakistan’s role as a facilitator in the Afghan peace process.