HBL delivers strong performance for H1 2021; Profit up by 21% to Rs 31.2 billion as the Bank accelerates its Digitalization Journey 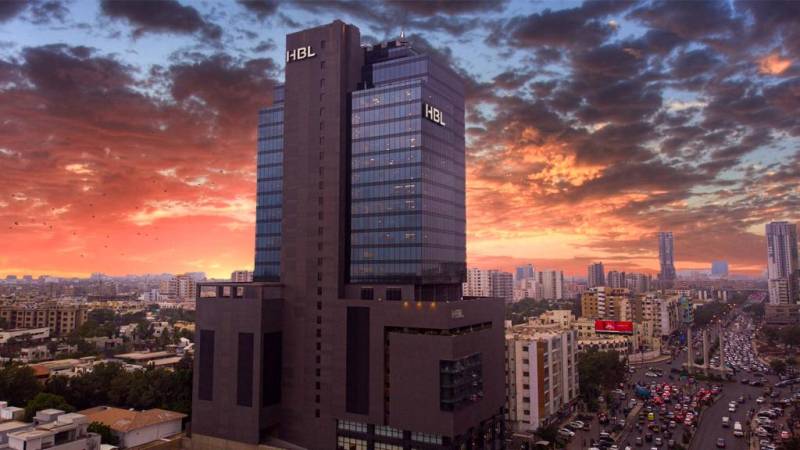 The Bank’s fortress balance sheet grew by nearly Rs 600 billion during the quarter, crossing the Rs 4 trillion mark, a growth of 7% over Dec 2020. This was driven by strong deposit growth as HBL became the first bank in Pakistan to mobilize a deposit base of over Rs 3 trillion, while achieving another industry first – current accounts exceeding Rs 1 trillion. Domestic advances achieved a landmark of Rs 1 trillion. The Bank’s Consumer business delivered a strong performance, with its industry-leading loan book growing by 14% over Dec 2020 to Rs 90 billion.

HBL grew its average balance sheet by more than Rs 400 billion, achieving a growth of 3% in net interest income to Rs 64.9 billion. Excluding capital gains, the Bank’s non-fund income has risen by an impressive 62% over H1 2020. Fees and commissions increased by 32% YoY to nearly Rs 12 billion with standout contributions from Cards and Consumer Finance and a solid growth in trade, where volumes increased by over 85%.

Total expenses remained under check, declining by 2% over the same period of last year. HBL successfully continued the reduction in its cost to income ratio which fell from 59.8% in H1 2020 to 56.8% in H1 2021. Total NPLs of the Bank declined by Rs 5.5 billion over Dec 2020 and the infection ratio fell to an all-time low of 5.5%.

During the quarter, the Bank’s credit ratings were re-affirmed by VIS Credit Rating Company Ltd at AAA/A-1+ for long term and short term respectively. The rating of its TFCs issued as Additional Tier 1 Capital have been reaffirmed as AA+. The Outlook on all ratings is Stable.

Commenting on the Bank’s performance, Muhammad Aurangzeb, President & CEO – HBL said, “HBL continued its strong business momentum from the previous quarter ending H1 2021 on a solid footing. This performance is impressive as it comes against a backdrop of significant spread compression across the banking sector. HBL has achieved several significant milestones during this period, notable being strengthening of the Bank’s balance sheet and an excellent performance in fees and commissions.

HBL’s Consumer Financing grew 14% closing at Rs. 90 billion. The Bank remains a market leader in personal loans, merchant acquiring, credit cards and debit cards. Its auto financing business is #2 in the country with the highest number of cars financed. The usage of both Debit & Credit cards was over Rs. 80 billion, up by 65% over the same period last year. The Bank’s merchant acquiring business has the largest Point of Sale network of 33,000 terminals in the country and recorded a growth of 44% with a volume of Rs. 78 billion which is the highest in the country.

The Bank is committed to growing both its SME and Rural banking being priority sectors. These businesses closed with Rs. 59 billion and Rs. 35 billion respectively.  Under SME banking, various initiatives were taken to grow this segment with the overall strategic intent which included overachieving the target under the Prime Minister’s Kamyab Jawan Scheme and grew its POS Financing, a product targeted towards the needs of merchants and retailers.  SME trade volume recorded a growth of nearly 30%.  The bank’s leading rural banking business launched new initiatives including Dairy Financing and lending under Rural Value Chain to ensure financial inclusion of small agricultural entrepreneurs.

Konnect entered an exclusive partnership with Punjab Agriculture division to provide an instant agriculture subsidy directly to registered farmers. Rs 9.5 billion in subsidies have been disbursed to more than 800,000 eligible farmers under the scheme. Konnect continued to work with the Government of Pakistan to deliver the Ehsaas Kafalat and Emergency Cash Program.

The Roshan Digital Account (RDA) portfolio maintained its growth momentum and stood at Number 1 both in accounts opened and activated. The Bank has brought in over USD 219 million since the inception of the proposition in September 2020.

HBL Islamic Banking is on track to convert 200 Islamic windows to dedicated branches expanding its reach to over 300 cities. The Bank drives the Government’s low-cost housing initiatives through various channels, including 916 dedicated Islamic branches and Islamic windows and its branchless banking proposition, Konnect by HBL, and has added another trade hub in the heart of the trade center of Karachi.

HBL’s financial inclusion thrust is being led through the Development Finance initiative. The Bank scaled up its 2020 proof-of- concept interventions by over 30 times through mid-scale pilots led by a team of field-based, full-time agronomists who used handheld tablets to digitally on-board farmers onto HBL Pay. With tailored crop plans linked to loan applications, small scale farmers were advised on how to significantly increase crop yields. Pilot projects of 3,200 acres (maize crop) and 7,000 acres (rice crop) are underway in this initiative.

In H1 2021 the Bank successfully concluded several transactions across various sectors including Oil & Gas, Telecom, Cement, Renewable Energy and Real Estate. Notable transactions include Pakistan’s first Green Eurobond Issuance of USD 500 million, without a Government of Pakistan guarantee. HBL played an instrumental role as a Co-Manager of the transaction. Similarly, HBL was the Joint Mandated Lead Advisor & Arranger, as well as the Agent Bank in the largest Telecom sector financing of Rs 50 billion.

Trade business at HBL increased its market share to over 12%. The business showed 89% YoY growth in volumes (from USD 3.4 Billion to USD 6.4 Billion) whereas the number of transactions increased by 35% over the same period last year.

HBL became the first Pakistani bank to open a branch in Beijing, China. HBL Beijing is the Bank’s second branch in China. HBLPSL 6 successfully concluded during the quarter.